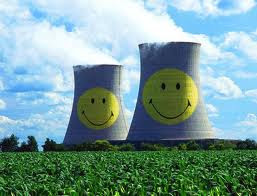 The government informed Parliament that after the Fukushima disaster in Japan, Nuclear Power Corporation of India Limited (NPCIL) had set up six taskforces to review safety features in Indian nuclear plants.

"These taskforces have revisited the safety of all nuclear power plants and found that Indian nuclear power reactors have sufficient margins and features in the design to withstand high intensity earthquakes and tsunami," the government said.

The government is focusing more on keeping the power going in reactors. In Fukushima, loss of the on-site emergency power systems prevented the cooling of the fuel rods. This led to overheating, resulting in hydrogen production and explosion due to a hydrogen fire. These events led to release of radioactivity in Fukushima Daiichi.

Nuclear plants at Tarapur and Madras atomic power stations will be given additional shore protection measures. Emergency operating procedures are being reviewed and training of personnel increased, the government said.

"Safety is a moving target and its upgradation is an ongoing exercise. The features, systems and procedures are periodically reviewed in the context of operational feedback and continuously evolving safety standards," the government said.

However, India will not review its commitment to nuclear energy, the government clarified.

Posted by Rajan Alexander at 12:48 PM