This is a significant admission, a game changer of sort as the one of the premier warmist climate centre, the UK Met office concedes that since 1998 there had been no sign of warming due to natural variability. Hence their lame explanation why this is so?

To also note sea surface temperature is at the lowest level for the decade presently. Cloudiness is also at an all time high for the decade! 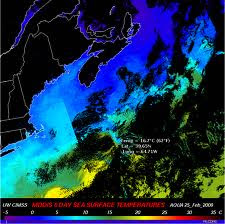 4th August 2011 - Two research papers shed new light on why the upper layers of the world's oceans have seen a recent pause in warming despite continued increases in greenhouse gases.

The upper 700 metres of the global ocean has seen a rise in temperature since reliable records began in the late 1960s. However, there has been a pause in this warming during the period from 2003 to 2010. The papers published this week offer explanations for this.

Climate model simulations from KNMI show that such pauses in upper ocean warming occur regularly as part of the climate system's natural variability.

This is because of two factors. Firstly variations in the El Niño - Southern Oscillation, known as ENSO (a climate cycle which affects sea surface temperatures in the Pacific Ocean), cause more of the heat stored in the upper ocean to be released into space.

Secondly, heat can be temporarily moved to the deeper ocean below 700m due to changes in the Atlantic Meridional Overturning Circulation - the oceanic conveyor belt that transports vast amounts of heat in the North Atlantic Ocean.

Both these explanations are supported by recent observations of ENSO and upper ocean temperatures in the North Atlantic.

A different set of model simulations from the Met Office supports the idea of heat moving to the deeper ocean explaining the recent pause in upper ocean warming.

The same research also suggests that with deeper ocean observations it would be possible to account for movement of heat within the ocean and do a better job of monitoring future climate change.

Both papers can be read online in GRL: