350.Org Climate Alarmist Network wanted to start a joke but found the joke was on themselves!! 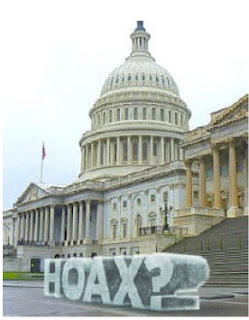 I started a joke, which started the whole world crying,
But I didn't see that the joke was on me, oh no.

I started to cry, which started the whole world laughing,
Oh, if I'd only seen that the joke was on me.

I looked at the skies, running my hands over my eyes,
And I fell out of bed, hurting my head from things that I'd said.

Till I finally died, which started the whole world living,
Oh, if I'd only seen that the joke was on me.

This is the best part of being climate sceptic. With science on our side, we need to only invest minimal effort in demolishing the case of climate alarmism.  So most of the time, it is enough to lay back and let observation data be our proxy in the battle against computer model simulations. At other times, we can still afford to sip beer, laugh in rhyme with the 70s Beegees hit, while enjoying how our opponents literally make a total ass of themselves. We got another such opportunity yesterday with 350.org.

For those unfamiliar, 350.Org is a coalition of NGOs and NGO networks that includes international agencies like ChristianAid; ActionAid; Oxfam; WorldVision; CARE, WWF, Greenpeace - virtually who is who foreign agencies are working in India and abroad.  According to their website, their motto pompously claims that they:

“are a global movement to solve the climate crisis”.

A typical tactic of climate alarmism is to link any specific weather events as evidence of climate change aka global warming. The current above average temperature anomalies covering North America was seen as excellent opportunity to deploy such a campaign by Team 350.Org.

“This is exactly what the climate scientists have been telling us to expect...

Tomorrow we’re going to DC to deliver a message to the climate deniers. In fact, the sun is going to deliver the message -- we’re just going to help. We're planning on setting up gigantic blocks of ice that say "Hoax?" right in the heart of DC. We'll see just how long it takes to melt away. Not long, probably -- the forecast is for over 100 degrees tomorrow.

350.org apparently was shown their place by Gaia herself - a thunderstorm materialized from nowhere, plunging temperatures down. Gore effect variant?

As Anthony Watts, administrator of the world’s most visited science website, WUWT additionally pointed out:

“As I mentioned yesterday, the sculpture may have lasted past sunset…into the cooler next day given it was to be 6’x12’ a darned big sculpture. The FAQs below was for a tabletop sized ice sculpture.

So this was the real scare that hit 350.org dudes very late yesterday that triggered a panic reaction, so strong that it led them to cancel the event in a jiffy. Tube light appreciation that the hoax will rebound on them as the sculpture may only melt only after 6 hours or more, providing limited photo-ops, made them scurry to cancel the event! In the process, their science illiteracy lay exposed as their goof up went viral over the internet.

He only thinks and not know that he screwed up???  What more evidence is needed that 350.0rg is no more than a cuckoo’s nest? Calls for another beer re-fill and keeping the Beegees playing.

I think I screwed up.

Yesterday 350.org sent out an email, telling people that we were going to melt a big hunk of ice in the form of the word "Hoax?" in front of Capitol Hill. We asked for money for it, and also for relief efforts for victims of the heat wave. The idea was simple enough: if this epic heatwave gripping the nation has one small silver lining, it's that its reminding people that global warming is very very real. And the response was strong -- we raised the $5000 it would have taken to pull off the event, and far more than that for relief efforts.

But we also heard from old friends, especially in nearby West Virginia, who asked us not to do it. The sight of ice melting while they sweltered would be too hard to take; their region, they pointed out, is as hard hit as any in the country by the heat wave, and it would make people feel like their plight wasn't being taken seriously. Bob Kincaid, at Coal River Mountain Watch, said: "Our work in Appalachia is hard enough as it is, since we must ever contend with the well-funded coal industry PR machine." They'd use, he said, the sight of that melting ice to make people feel disrespected.

That makes sense to me.

It's sometimes hard to balance what we should do in one place with what we should be doing around the globe. Climate denial in the U.S. has huge implications for, say, the two million people in Assam, India, currently flooded out of house and home -- it's really important to fight people who deny science and hold up needed action. But it's not worth causing trouble to our friends in the process. And the people who fight mountaintop removal in Appalachia are some of our oldest friends; we've been, as it were, up and down the mountain with them. Movements only really work when they move together.

So: no ice melting on the mall this morning. We're sending out whatever the reverse of a press release is called. The money we collected will all go for heat and drought relief, and we hope it will do some good. If you'd like your contribution back, let us know (and we'll send a separate mailing to everyone who contributed to make sure they get that chance). It's been a long, hot, tough week everywhere east of the Rockies; let's hope the heat breaks soon.

Thanks,
Bill McKibben for 350.org

P.S. The note announcing this thing yesterday came from Jamie Henn, our communications director. But the idea was mine, not his. I'm a volunteer in this effort, and there are days when it definitely feels like you get what you pay for.

This is exactly what the climate scientists have been telling us to expect.

The last few weeks -- from the record rainfall in Minnesota and Florida to the epic fires in the West, from the crop-shriveling drought in the High Plains to the “land hurricane” that left five million without power across the East -- this is what climate change feels like in its early stages. We’ve heard from friends and colleagues who have fled their homes -- but our leaders still aren't connecting the dots.

There should be no doubters left. But of course, thanks to the power of the fossil fuel industry, the denialists still reign in DC: last year the House of Representatives voted to reject the widely accepted scientific consensus that human activities are causing climate change. The mainstream media isn't helping much either: only 3% of the stories about the wildfires even mentioned climate change.

So tomorrow we’re going to DC to deliver a message to the climate deniers. In fact, the sun is going to deliver the message -- we’re just going to help. We're planning on setting up gigantic blocks of ice that say "Hoax?" right in the heart of DC. We'll see just how long it takes to melt away. Not long, probably -- the forecast is for over 100 degrees tomorrow.

We're hoping to raise $5,000 to build a massive "Climate Hoax" ice sculpture in DC -- and we'll send half of the money we raise to the Red Cross to provide direct relief to people impacted by the recent climate disasters. >>

Two years ago, in the middle of Washington DC’s record snowstorms (made possible by our wet new atmosphere) Sen. James Inhofe of Oklahoma had his grandchildren build an igloo to make fun of global warming -- Inhofe is the guy who called global warming the “greatest hoax ever perpetrated on the American people." (Since then his home state has set the record for the warmest summer ever recorded in the United States.)

Inhofe's igloo stunt was silly and misleading -- but it captured the attention of the media and spawned legions of gloating climate deniers. Well, there's no reason climate deniers should have all the fun in DC.

Like everything we do at 350.org, the ice sculpture will be people-powered -- your donations will help pay for it, and we've recruited 350 activists in DC to help with logistics on the ground. Even if we thaw some denial, though, it won’t matter if we don’t also melt away the laws that keep fossil fuel king. That’s why we’re campaigning hard this summer to end subsidies to the planet’s richest industry. In the coming weeks, we'll fan out across the country to town-halls and campaign events to ramp up the pressure on politicians who still haven’t committed to ending fossil fuel subsidies.

There's lots of work to be done -- but for now let's start a climate denial meltdown. Click here to donate to help build the sculpture: www.350.org/ice

P.S. Can you handle a little sarcasm? Check out Bill McKibben’s piece from the Daily Beast. Sorry if he’s a little pissed off -- it’s the heat.

P.P.S. The stories and images coming out from areas afflicted by this latest round of extreme weather are heart-wrenching -- you can make donations directly to The Red Cross for direct relief by texting "REDCROSS" to 90999 or by clicking here.

Posted by Rajan Alexander at 6:18 PM