Breaking: Just as the Monsoon is signaling a revival, will the typhoon in the Pacific lull it up again? 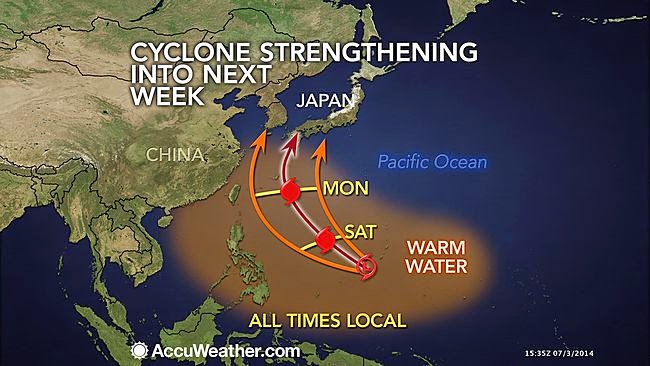 Tropical Depression 08W formed just south of Guam and expected to transition into a tropical storm and then a cyclone during the weekend. The name Neoguri will be given to the storm as it continues to intensify and track northwest over the open western Pacific.  As Vinson Kurian reports inthe  HinduBusinessLine that it be dampner for the monsoon. 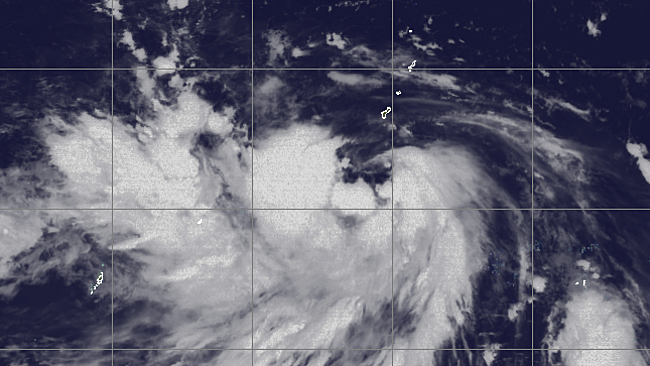 (Vinson Kurian, HinduBusinessLine) As predicted, a tropical depression has sprung up over north-west Pacific with forecasts favouring its intensification into a powerful typhoon (cyclone) early next week.

Being the most prominent feature in the larger Asian monsoon system, the brewing typhoon would expectedly have a drag effect on the Indian monsoon as well.

Global models assess that the depression would go on to become a Category-3 storm on the five-step Saffir-Simpson scale for storm intensity by Monday (July 7).

This is the maximum strength that the typhoon would be able to rustle up; it is forecast to wind down in strength over the two days that follow.

The monsoon rain in India, which is making a delayed entry into North-West India, is shown as taking a hit from the typhoon.

The rains may start to dry up as early as from Sunday, starting from Rajasthan and Gujarat and progressively from west Madhya Pradesh.