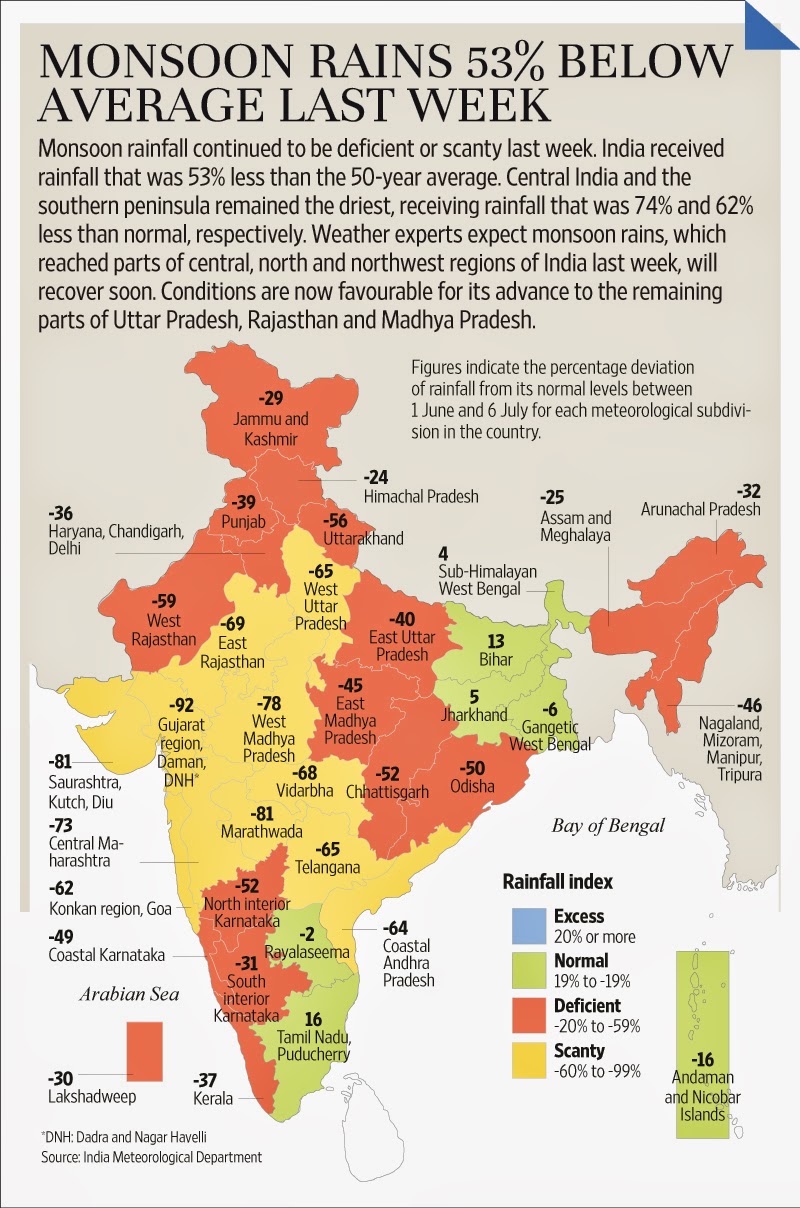 Last week was a complete disaster for the Indian Meteorological Department (IMD). They had predicted a monsoon revival. Instead monsoon rainfall continued to be deficient or scanty last week. India received rainfall that was 53% less than the 50-year average. If IMD keeps spinning to appease Modi Sarkar, then their credibility is bound to be irreversibly damaged.

Central India and the southern peninsula remained the driest, receiving rainfall that was 74% and 62% less than normal, respectively.

Posted by Rajan Alexander at 12:46 AM