Neoguri expected to become Super Typhoon as it nears Japan 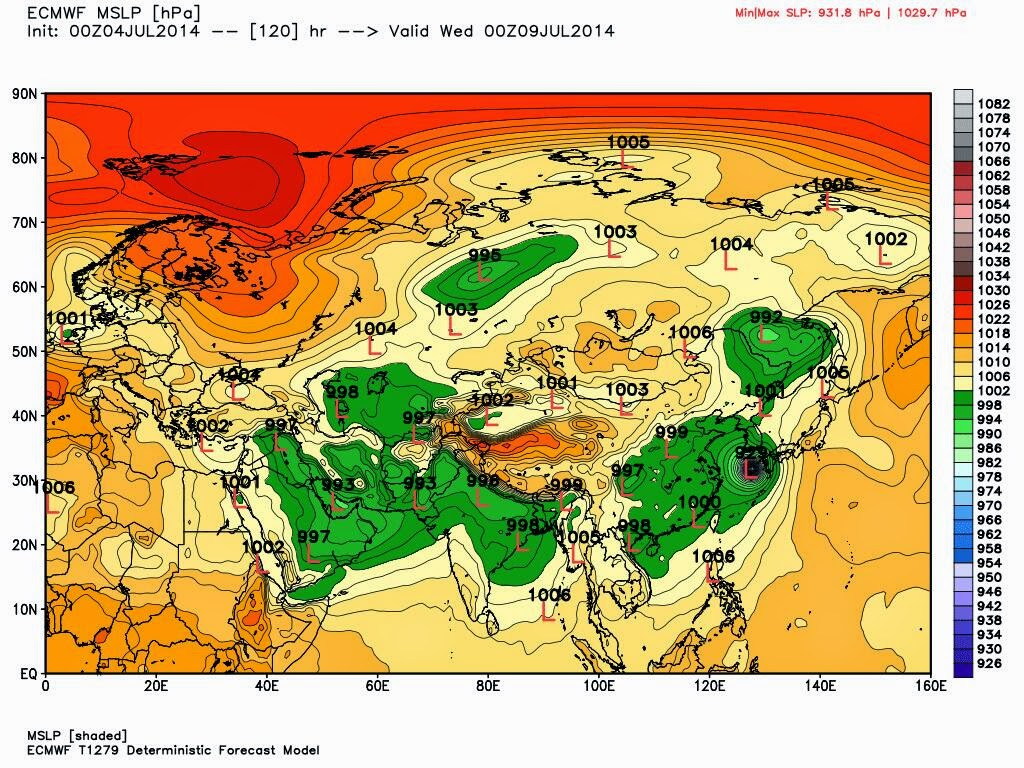 Tropical Storm Neoguri has been rapidly intensifying over the past six hours, and it is expected to develop into a super typhoon by the time it reaches Okinawa, Japan.

The storm made its closest point of approach to Guam on Friday morning. As it moves farther away from the island, the weather is expected to improve throughout the weekend.

Derek Williams, a meteorologist for the National Weather Service Guam Office, says for the next 24 hours the tropical storm will not be affecting anyone or anything other than ships. However, by the time it reaches 130 degrees east longitude – around the southern islands of Japan - it will most likely have developed into a super typhoon.

The storm is currently moving northwest at 13 mph, with winds sustaining 105 mph. It is expected to continue on its current path for the next 24 hours, and then curve toward southern Japan.

Williams says residents of Guam and other Mariana islands should expect relatively clear skies throughout Sunday night. A disturbance near Kosrae is expected to bring several showers to the islands Sunday evening and into Monday morning.

“Today and tomorrow will be nice," Williams said. "Showers are expected to our west, but there are almost no clouds to our east."