The IMD’s and Skymet’s May monsoon forecast was 94% and 93% of LPA and their subsequent revision did not go sub-90 levels though Skymet have increased the probability for drought to 60%.  The May Monsoon forecast of this blog has been 84% +/-5%  - drought - which we have kept unchanged. 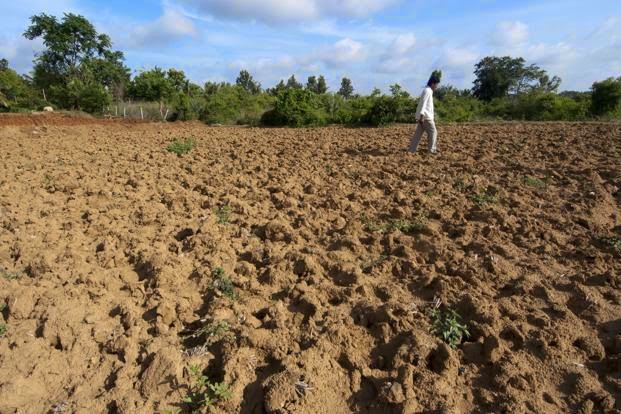 (Nikita Mehta, LiveMint) The chances of a drought in India have increased to 60% following the weakest June monsoon rainfall in five years, Skymet Weather Services Pvt. Ltd said on Friday.

The private weather forecaster has also cut its rainfall forecast for the June-September monsoon season to 91% of the average rainfall in the past 50 years from the earlier projection of 94%, both considered sub-normal. Skymet had earlier forecast that the chances of a drought this year were 25%.

The worst affected is likely to be north-west India with an 80% chance of drought. The chances of a drought in central India are 75% and 50% for south India. Rainfall in August, however, is expected to be better than other months.

“It’s not the only factor, but the biggest factor contributing to the weak monsoon this year is definitely El Nino which has consistently grown stronger,”

The El Nino weather phenomenon, which can cause a drought in South Asia and floods in South America, now has a 70% chance of striking this year, according to the latest forecast by Bureau of Meteorology in Australia. Skymet experts said that although El Nino reaches its peak in December-January, it is already affecting the Indian monsoon, and that central and east equatorial Pacific Ocean temperatures are already warmer than 0.5 degrees celsius.

The last El Nino in 2009 caused the worst drought in about 40 years in India, reducing farm output and leading to soaring prices of commodities such as sugar and rice.

The monsoon rainfall till now has been 63% less than the average in central India and 47% less than normal in north-west India, according to the India Meteorological Department (IMD). But the Indian weather office is not making any predictions regarding drought.

“We give out weekly data regarding aridity conditions, and there are certain areas like Maharashtra, Karnataka, Gujarat and Madhya Pradesh which are facing extremely dry conditions that can be called as meteorological drought in terms of departure of rainfall,”

says Pulak Guhathakurta, senior scientist at the hydromet division, IMD Pune. When the rainfall deficiency is more than 10% and when 20-40% of the country is under drought conditions, then the year is termed as an all-India drought year, according to IMD.

“But there are other types of droughts that are a threat like agricultural droughts which mean shortage of soil moisture,” Guhathakurta said.

Central India is likely to be the worst affected by a drought.

“The biggest problem will be in central India, where most agricultural land is rain-fed due to poor irrigational facilities,” said D.S. Sikka, a former IMD official. “It is crucial to watch out for rainfall in July, if at the end of August monsoon is still as bad. Then there will definitely be a drought,” he said.

Posted by Rajan Alexander at 5:27 PM