Monsoon Revival: IMD bets on lows, depressions emerging in the bay next week for a miracle. More wishful thinking than certitude? 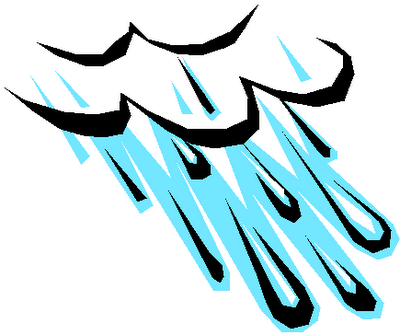 This is an insightful interview with Sivananda Pai, IMD but punctured with alot of contradictions.

-       He admits their forecast of monsoon revival during first week July came to naught due to Pacific Tropical Cyclones - Hurricane Arthur and Typhoon Neoguri that sapped much moisture from the Eastern Indian Ocean. He fails to add Neoguri is still developing and expected to reach Super Typhoon strength with expected landfall only around Tuesday next, sapping even more moisture further!

-        He also admits IMD hopes on a positive MJO first week July got shattered but now he hopes it will turn positive next week. But GFS models now indicate MJO may turn positive only by third week July!Second week July may turnout a disappointment.

-      Pai cites the correlation – greater monsoon inertia, greater El Nino strength and vice versa. He admits the inertia but somehow hope that a series of lows and depressions will emerge from nowhere as magic and revive the monsoon second week July. If Hurricane Arthur and Typhoon Neoguri have already sucked out the moisture, Pai doesn’t tell us where the new energy will come from.

Still very much worth a read. Here it is... 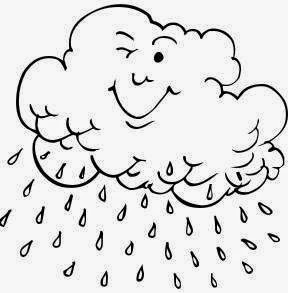 (TimesofIndia) The monsoon may have shown its presence over some parts of the country after a long dry spell in June, but a strong revival is expected only in the second week of July.

The India Meteorological Department (IMD) said on Friday that the delay in the strong revival of the monsoon is due to the formation of two sets of tropical storms over northwest and northeast Pacific. The tropical storm Neoguri over northwest Pacific is dragging a substantial amount of moisture from the East Indian Ocean towards it, which is obstructing the strong revival of the monsoon.

The continuation of an intra-seasonal oscillation called MJO (Madden Julian Oscillation), which is now active over east Pacific, is not helping the matter. Experts said that the El Nino-monsoon relationship is not one-sided.

A good monsoon, particularly during July and August, can further slow down the El Nino process. Similarly, a weak monsoon performance during these two months can strengthen El Nino. This year, the monsoon has been weak so far, and the inertia tends to keep it that way, unless some additional weather forces such as low pressure systems or depressions over the Bay of Bengal strengthen it.

The formation of strong systems over the Bay of Bengal can strengthen the monsoon flow and bring moisture into the interior parts of the country. If the systems are not strong, clouds reaching the interior parts of the country may not be heavy enough to produce rain. This is what has been happening In Pune over the past few days, the experts said.

"However, another low-pressure area is expected over the Bay of Bengal by the weekend, which is expected to gain enough strength and move towards central India, bringing rain to the interior parts of the country. Over the same period, the phase of intra-seasonal variability is also likely to be favourable for better rainfall activity over India,"

said D Sivananda Pai, who heads the Long Range Forecasting Division at the IMD here. Originally, it was this intra-seasonal activity shifting to the Indian Ocean which was thought to set the pace for a monsoon revival.

"However, that did not happen and the intra-seasonal variability is still very active in the Pacific, causing above normal convective activity in that region, which is unfavourable for the monsoon in India. The earlier it shifts towards the Indian Ocean, the better it is for monsoon revival here," Pai said.

The intra-seasonal activity has been active over the Pacific since June 20. It usually has a 25-30 day cycle, when it first remains active over Pacific for around 15 days and then moves towards the Indian Ocean for another 15 days.

Experts had earlier expected that this activity would reach the Indian Ocean by the current week, but there has been a delay.

"July is a very critical month. Good rain in July can help wipe out part of the deficiency currently observed over many parts of the country. The rains in August are also expected to be better than those in June," Pai said.

Talking of the month-wise rain contribution to the entire monsoon season, Pai said July contributes 33%, August 29%, June 18% and September 20%. Meanwhile, rainfall activity was deficient or scanty over the country as a whole as well as over all the four homogeneous regions from June 26 to July 2.