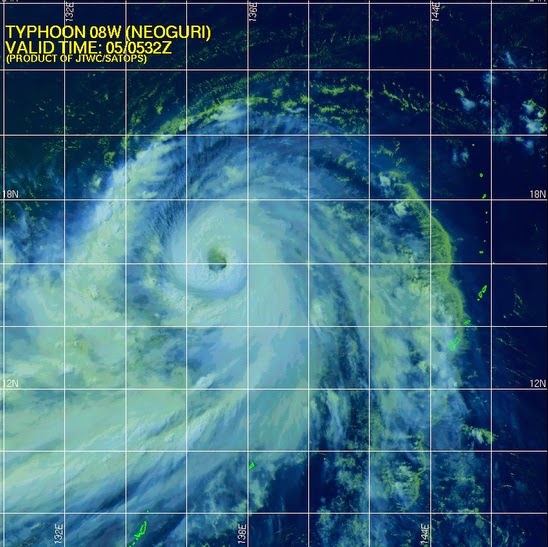 (thewatchers.adorraeli.com) Tropical Storm "Neoguri" which formed in the Northwestern Pacific Ocean on July 3, 2014, strengthened into Category 1 typhoon yesterday and has been rapidly intensifying over the last 24 hours. 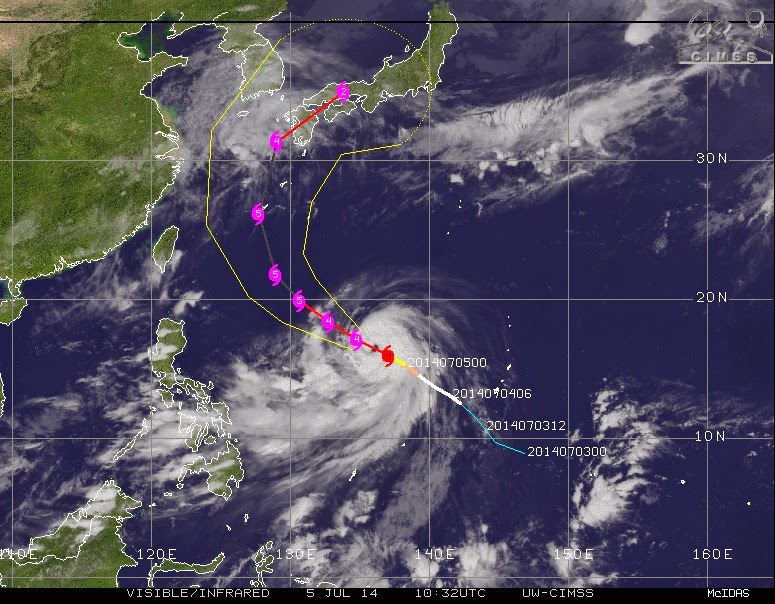 It is expected to develop into a super typhoon by the time it reaches Okinawa, Japan, throughout the weekend. 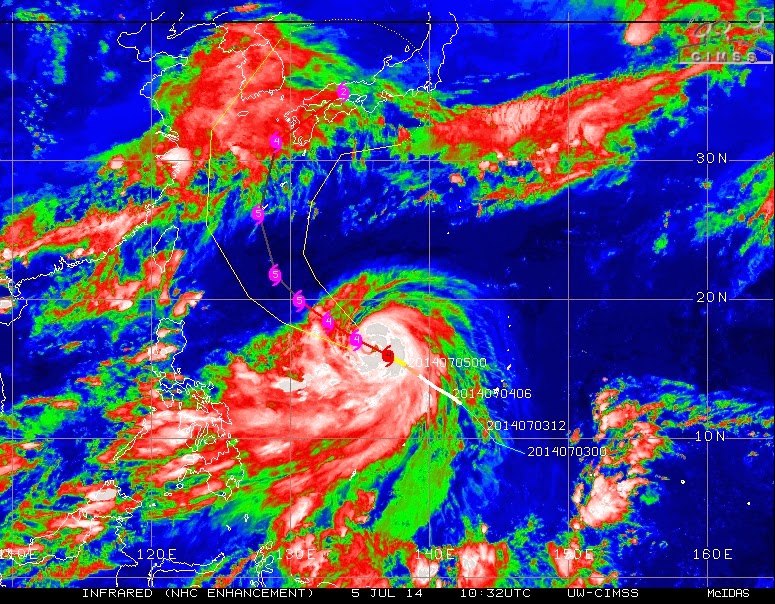 Derek Williams, a meteorologist for the National Weather Service Guam Office, says for the next 24 hours the tropical storm will not be affecting anyone or anything other than ships. However, by the time it reaches 130 degrees east longitude – around the southern islands of Japan - it will most likely have developed into a super typhoon.

Posted by Rajan Alexander at 11:05 PM