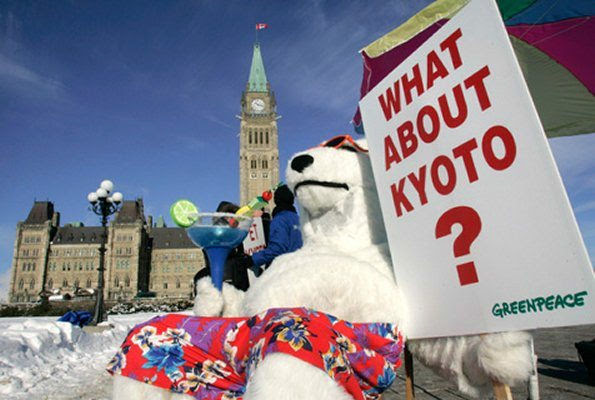 (http://toryaardvark.com) 2012 was an unprecedented year of disaster and defeat for the Greens and warming alarmists, it was a year that on the face of it offered much hope to the watermelons, in June there was going to the Rio+20 Earth Summit, COP18 in Doha was going to build on the progress of COP17 and the Durban Platform and the European Union was going to single-handedly enforce a flying tax on the world.

Instead it all went to hell in solar powered hand cart, as Green defeat followed Green defeat.

On January 1st 2012 the EU announced the start of its Green flying tax on all flights in and out of the EU, as global opposition to the Green tax mounted, Comrade Connie Hedegaard, the EU’s unelected Climate Commissar remained bullish and insisted that the world would bow down to her Green will.

Many nations including the US, China and India prohibited their airlines from taking part in the EU flying tax amid threats of a trade war, particularly from China. Finally in November Hedegaard and the EU backed down and suspended their Green flying tax for forever 12 months.

The Rio+20 Earth summit held the promise of the  chance to relive the glory days of warming alarmism:

From the outset Rio+20 moved away from the Climate Change and Global Warming memes, instead the new meme was sustainable development, despite the new Plug n Play meme, Rio+20 was a complete failure.

Rio+20 was also the start of the side lining of the Green NGOs like Greenpeace, WWF and FoE from the whole farcical UNFCCC process, the days when Greenpeace was a force to reckoned with have passed.

The sheer irrelevance of the Green NGOs now, to the whole UN process was further demonstrated at COP18 where they were basically told to sit down and shut up.

Climate Change continued to slide off the political radar during the US Presidential Election, and despite much event attribution by the warmists, in direct contravention to what their own climate scientists say, Climate Change has continued its slide into political oblivion.

COP18 was an even bigger failure that COP17, held in an atmosphere of fear and loathing, the outcome could only ever have been failure or implosion.

The failure of COP18 passed a death sentence on Kyoto, with a limited number of nations signing up for Kyoto 2, and some of those already running away 2012 was a very bad year for Big Green.

The good or bad news depending upon your perspective is 2013 will be even worse for the warming alarmists.

According to warming alarmist website Responding To Climate Change (RTCC) there are 10 climate questions that need answering in 2013:

Will we see raised ambition next year?

It was a running theme in 2012 that culminated in the unspectacular climax of the UN climate change talks in Doha.

The simple answer is No, politicians are driven by the political will of their electorate, the UN Climate Commissar Christiana Figueres has said there is no populist support for an ambitious climate deal. When there is real support, not bullshit polls that show 80% of the population want a wind turbine in their back yard, then there will be raised ambition, until then, nothing will happen.

Time for Russia to come in from the cold?

Russia’s dismay at the outcome of the UN climate change talks in Doha was the clearest position they took throughout the whole fortnight of negotiations and the year-long build up.

Russia is so dismayed that it announced on January 1st that,  it will not renew its commitment to the Kyoto Protocol

There were few signs in Doha of a shift from the traditional US position at the UN talks but with long time climate action advocate John Kerry nominated as the next Secretary of State, change could be coming.

Another resounding No, there will be some platitudes from Kerry, some vague promises but overall no change from the US position at Doha. The wishful thinking that a second term Obama is free to follow any policy he wants is nothing more than that, wishful thinking, Obama’s successor will have to campaign on Obama’s record as President on the things that matter to Americans like jobs and prosperity. Climate Change policies are by definition anti-progress, anti-wealth neither of which are vote winners except to a minority who  have Anthropogenic Global Warming as a core pillar of their belief system.

Are we set for more extreme weather in 2013?

The UK’s Met Office has already predicted that 2013 will almost certainly be one of the ten warmest years on record and possibly the warmest ever.

The new year had yet to begin and already the UK Met Office were predicting that 2013 will be one of the 10 warmest years since records began (1979 by the way) and possibly the warmest ever.

The UK Met Office has an unenviable record of failed predictions, surpassed only by the warming alarmist movement as a whole. Britons remember the barbecue summer that turned into a deluge, the scary fear stories of Britain’s drought and water shortages in 2012,  and the floods and never ending rain that have followed ever since.

Will Poland ditch its ‘villain’ tag before the next UN climate change talks?

The confirmation of Poland as the next host of the UN ‘COP’ talks was about as unpopular as Doha’s one year earlier.

The choice of Poland to host COP19 was curious, there are many who are disenchanted with the UNFCCC process and want it replaced with a new UN Climate Circus, so possibly Poland was chosen to ensure that the COP process is killed off, or, some Green hopeful thinking that if Poland hosts a UN COP meeting, the country would be converted to the Green Dream.

The start of the worst year for warmists began on January 1st when Russia announced that it will never sign up to a new Kyoto, which means the other major emitters like China, US and India will never sign up either, without the so called major emitters the whole premise of a climate agreement is worthless, and 2013 is the year the truth will finally sink in for Big Green.