If they, the pseudo-Greens misread the climate, why should we trust their judgement in other environmental issues as well? 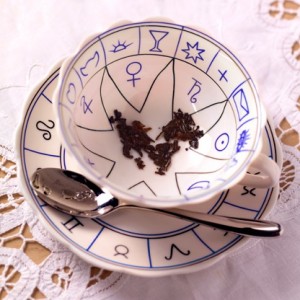 (Via Meadia) In recent days we’ve been hearing a lot of hysterical chatter, from the NYT, the National Geographic, and other media outlets—about how 2012 was the hottest year ever for the continental United States. Obviously, this is evidence that global warming will soon destroy us all:

Scientists said that natural variability almost certainly played a role in last year’s extreme heat and drought. But many of them expressed doubt that such a striking new record would have been set without the backdrop of global warming caused by the human release of greenhouse gases. And they warned that 2012 was probably a foretaste of things to come, as continuing warming makes heat extremes more likely.

Meanwhile, in China, the FT reports the country is having its coldest winter in thirty years, leading to a sharp rise in food prices. India too has had a terribly cold winter. And in the Middle East, a snowstorm has been sweeping across the region and even hit Saudi Arabia, in an usually cold and wet winter for the area.

As we’ve said before, whenever it’s especially warm out, alarmists take that as decisive evidence of our impending doom. When it’s cold or normal, they dismiss it as mere “weather,” if they mention it at all. For much of the green movement, weather only counts as climate when it proves their arguments. A heat wave in Australia is proof that immense disasters are about to strike; cold waves in Eastern Europe and India that kill hundreds of people mean nothing at all.

Via Meadia accepts the growing consensus that human actions are playing a role in climate change, but the habit of reading every warm spike and every storm as fresh confirmation of the coming apocalypse needs to stop. It’s bad science and it’s bad politics. Green hysteria is more likely to paralyze us then help us take the kind of steps we need to take towards sustainability.

The gravest danger to Earth these days isn’t climate skepticism; it’s the broken, Malthusian and statist green policy imagination. Wedded to grandiose and unworkable “solutions”, greens feel they must push the panic button at every opportunity to stampede the world into embracing an unworkable and unsustainable policy agenda.

It won’t work. The Al Gore path (alarmism, hypocrisy, dumb policy solutions, green pig lipsticking or corporate subsidies disguised as green breakthroughs) will not bend the curve. Until the green movement internalizes this lesson and moves on, it will waste its energy on foolishness like the failed Kyoto Protocol and ethanol subsidies and greens will have little constructive impact on a planet they claim to love.