Stop the Climate Madness! If the climate had been steady and unchanging, there won’t be any evolution or bio diversity 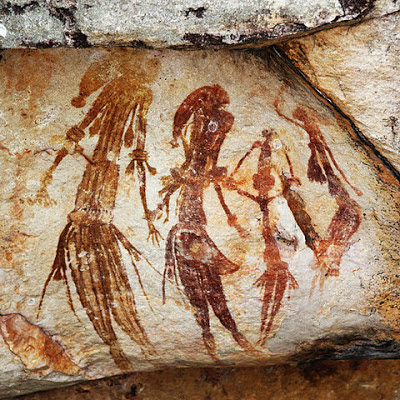 (ScienceDaily) The landscape early humans were inhabiting transitioned rapidly back and forth between a closed woodland and an open grassland about five to six times during a period of 200,000 years," said Clayton Magill, graduate student in geosciences at Penn State.

"These changes happened very abruptly, with each transition occurring over hundreds to just a few thousand years."

According to Katherine Freeman, professor of geosciences, Penn State, the current leading hypothesis suggests that evolutionary changes among humans during the period the team investigated were related to a long, steady environmental change or even one big change in climate.

"There is a view this time in Africa was the 'Great Drying,' when the environment slowly dried out over 3 million years," she said. "But our data show that it was not a grand progression towards dry; the environment was highly variable."

According to Magill, many anthropologists believe that variability of experience can trigger cognitive development.

"Early humans went from having trees available to having only grasses available in just 10 to 100 generations, and their diets would have had to change in response," he said. "Changes in food availability, food type, or the way you get food can trigger evolutionary mechanisms to deal with those changes.

The result can be increased brain size and cognition, changes in locomotion and even social changes -- how you interact with others in a group. Our data are consistent with these hypotheses. We show that the environment changed dramatically over a short time, and this variability coincides with an important period in our human evolution when the genus Homo was first established and when there was first evidence of tool use."

The researchers -- including Gail Ashley, professor of earth and planetary sciences, Rutgers University -- examined lake sediments from Olduvai Gorge in northern Tanzania. They removed the organic matter that had either washed or was blown into the lake from the surrounding vegetation, microbes and other organisms 2 million years ago from the sediments. In particular, they looked at biomarkers -- fossil molecules from ancient organisms -- from the waxy coating on plant leaves.

"We looked at leaf waxes because they're tough, they survive well in the sediment," said Freeman.

The team used gas chromatography and mass spectrometry to determine the relative abundances of different leaf waxes and the abundance of carbon isotopes for different leaf waxes. The data enabled them to reconstruct the types of vegetation present in the Olduvai Gorge area at very specific time intervals.

The results showed that the environment transitioned rapidly back and forth between a closed woodland and an open grassland.

To find out what caused this rapid transitioning, the researchers used statistical and mathematical models to correlate the changes they saw in the environment with other things that may have been happening at the time, including changes in the Earth's movement and changes in sea-surface temperatures.

"The orbit of the Earth around the sun slowly changes with time," said Freeman. "These changes were tied to the local climate at Olduvai Gorge through changes in the monsoon system in Africa. Slight changes in the amount of sunshine changed the intensity of atmospheric circulation and the supply of water. The rain patterns that drive the plant patterns follow this monsoon circulation. We found a correlation between changes in the environment and planetary movement."

The team also found a correlation between changes in the environment and sea-surface temperature in the tropics.

"We find complementary forcing mechanisms: one is the way Earth orbits, and the other is variation in ocean temperatures surrounding Africa," Freeman said. The researchers recently published their results in the Proceedings of the National Academy of Sciences along with another paper in the same issue that builds on these findings. The second paper shows that rainfall was greater when there were trees around and less when there was a grassland.

"The research points to the importance of water in an arid landscape like Africa," said Magill. "The plants are so intimately tied to the water that if you have water shortages, they usually lead to food insecurity.

"Together, these two papers shine light on human evolution because we now have an adaptive perspective. We understand, at least to a first approximation, what kinds of conditions were prevalent in that area and we show that changes in food and water were linked to major evolutionary changes."

Posted by Rajan Alexander at 5:49 PM