The homeless need a helping hand - Ours! 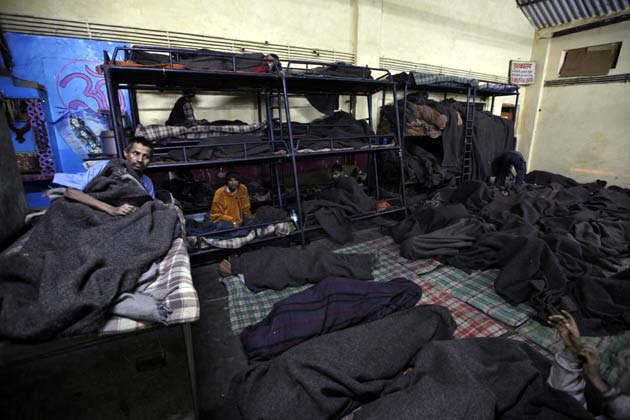 (HindustanTimes)  Scattered across the nooks and crannies of the city are several homeless people who need immediate medical attention. There are hundreds of such people across Delhi, but many of them end up dying on the streets as the government runs no special teams to rescue them. According to information provided by The Mother NGO at St Stephen’s Hospital — a nodal agency appointed by the Delhi government to act as a facilitator and oversee the functioning of night shelters — 92 homeless people have died in the past two years.

St Stephen’s hospital runs two night rescue teams that make rounds of the streets at night to rescue homeless people. But due to lack of infrastructure and staff, they are only able to rescue only 2-3 persons every day.

“Lack of infrastructure is resulting in the death of homeless persons. In December alone, we had rescued 45 persons from footpaths and flyovers who would have otherwise died. They were immediately hospitalised and given proper care. Out of them, six died. The government needs to have dedicated rescue teams to ensure all the districts are covered. This is the only way we can bring down the number of homeless deaths in the city,” said an official from Mother NGO.

Our two teams are able to cover only one district. If there are two teams for every district, we will be able to save more and more homeless people,” the official said.

The NGOs managing night shelters in the city have their own rescue teams but they also point to the need for a dedicated team for homeless people.

“Due to the lack of any such help from the government, these people languish with each passing winter as there is no mechanism in place to rescue them and care. There can be a joint team including government and NGO workers,”.

said Paramjit Kaur from Ashray Adhikar Abhiyan, which runs many shelters in the city.Asked if the government would initiate such a rescue operation, Urban development minister Arvinder Singh said:

"I have constituted a team of engineers who will inspect every night shelter. A team with medical staff will be formed for carrying out rescue operations.”

Posted by Rajan Alexander at 10:50 AM