Despite that, there appears still hope for the country as a new crop of independent amateur weather forecasters have filled the breech, some who have a better track record even than the IMD and private commercial weathermen.  And they are increasingly being noticed by the media. Here’s the latest Times of India covering some leading personalities, all good friends of mine, within the independent weather forecasting communities. 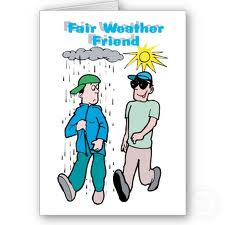 (Times of India) Last Sunday, when Delhi was basking in pleasantly warm winter sunshine, Mumbai-based weather blogger Rajesh Kapadia predicted rain and thundershowers for the next week. On Thursday night, sheets of rain pounded Delhi and hail lashed the city the next day.

"The weather is quite unpredictable so it feels good when you get things right,''

says Kapadia, who runs the popular blog and Facebook page, Vagaries of the Weather.

The British obsession with weather is well-known . In fact, a study found that conversation turns to the climate at least once every six hours. And this, even though their weather is gloomily uniform. With Indian weather so excitingly unpredictable, it's no surprise that some folks have made it their passion.

These are the country's small but tightly-knit community of weather bloggers who use data from the internet, the India Meteorological Department (IMD) and their own automated weather stations to post constant updates and tell friends, family and followers about the movement of weather systems that have resulted in snow in Himachal Pradesh, rain in Punjab , and a near-dry monsoon in Tamil Nadu.

Most of them have been tracking the weather since they were children, fascinated by what made it rain, why clouds took different forms, and how the wind changed. They're mostly self-taught — picking up their expertise from books, newspaper satellite pictures, and long hours of staring at the sky.

"In the 1960s, there was no access to information, so I just watched the sky. People often teased me about it,"

says Kapadia, a 59-year-old retired engineer. His parents bought him a thermometer when he was 13.

"I held it up and took the temperature . Since then, the weather has been my passion," he says. For 25 years, he had a complete weather station in his factory in Aurangabad. "In Mumbai, it's on my terrace but with so many high rises around, I don't get accurate readings so I interpret data available online," says Kapadia, as he describes how systems across the world are tracked.

In Chennai, K Ehsan Ahmed, R Pradeep John and a host of weather enthusiasts have been updating keaweather.com since 2008. They're currently running a poll for their 500-odd members to predict the first rains of 2013.

"Rain gives me such joy,"

says John, who has been an amateur meteorologist since he watched a cyclone near Muttukadu in Tamil Nadu in 1994.

Storms and extreme weather conditions send these enthusiasts into a tizzy. When Cyclone Nilam hit Tamil Nadu in October 2012, Chennai bloggers were up all night tracking its progress every half an hour.

"We started chasing the system when it entered the Malay sea as an area of low pressure two weeks before it hit,"

says John, who is deputy manager, projects at Tamil Nadu Urban Infrastructure Financial Services. He admits that he skips work on 'heavy weather days' to track the weather.

Ahmed has a weather station on his roof and feeds the readings to the rest. Chartered accountancy student Karthik Raghavan, 18, says he's happy to have found "other freaks" like himself around the country.

"About 15 of us blog on keaweather.com regularly," he says. Until he began blogging in 2009, he got information out of his geography textbook and by watching the skies. "I've begun to understand the terminology better because of this group," he says.

While most are quite obsessive about temperature and pressure, there is the rare weather lover who looks beyond the numbers. Former IMD director general R R Kelkar's blog 'Cloud and Sunshine' is about everyday life.

"The weather affects everything under the sun. My blog reflects that,"