Cyclone Phalin: IMD made much hyped US weather forecasters look a bunch of amatuers 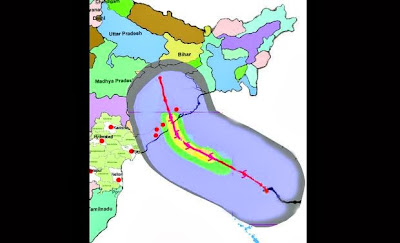 Briefing newsmen, Director General of IMD L S Rathore said Phailin cannot be classified as a Super Cyclone as its wind speed had not crossed 200 kmph. For a cyclone to fall under the Super Cyclone category, the wind speed should cross 220 kmph.

Phailin saw an interesting tussle between the US weather pundits and the IMD. While the US weather experts had scared India by predicting that Phailin was a nasty one with wind speed crossing 220 kmph. One expert had cynically said that India just did not know what was coming its way.

But all along the IMD had maintained that Phailin was not a Super Cyclone and that the wind speed would be lower than 210 kmph. And in the end, IMD data was right

When asked about the US stand, Rathore refused to be drawn into the controversy and brushed aside the question saying

“you can draw your own conclusions.”

After making landfall, Phailin lost its strength with the wind speed coming down.