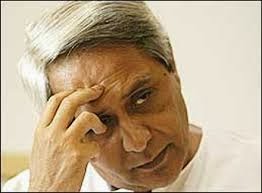 DNA) Odisha Chief Minister Naveen Patnaik Sunday said rehabilitation was the biggest challenge before the state government in the wake of cyclone Phailin even though they have been successful in minimising the loss of lives due to the tropical storm.

Phailin slammed the Indian east coast near Gopalpur in Odisha Saturday night, triggering heavy rains and strong winds with speed reaching up to 200 km an hour.

There have been reports that at least seven people lost their lives ahead of the cyclone making landfall as trees uprooted due to strong winds fell on the people.

"We have been successful in minimising the loss of lives. Now rehabilitation is a very big challenge for us as property worth several crores of rupees has been destroyed. I will see to it that the people are actively rehabilitated," Patnaik said at a press conference here.

"We have successfully evacuated nine lakh people. This is one of the largest evacuation operations to have taken place in the country," added Patnaik.

The chief minister urged the people of the state not to panic and also thanked the elected representatives, government employees, media and the members of civil society for co-operating with the state government.

Posted by Rajan Alexander at 5:37 PM