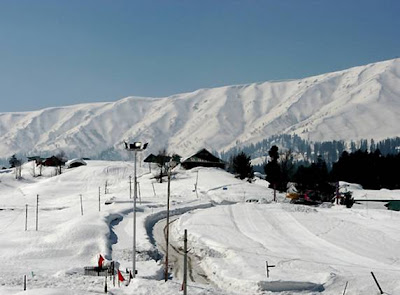 DHARAMSHALA: Snowfall in low altitude areas on Saturday shocked residents of many areas, even as towns in this hill state, bordering Punjab, also received substantial quantity of snow.

Scientists here elucidated that this has occurred due to western disturbances. Winds travelling from Israel to north east India have resulted in snow fury in Himachal, they said.

Analysts cautioned the residents of this hill state to take care of newly-born kids, milch animals and calves in the coming days, predicting that as these winds pass through Himachal, the weather will get chilliest.

"Milk giving animals need much care after this phase of snowing. They might start giving less milk in days ahead. The frosty weather, after these wintery winds pass, is not good for newly borns and dairy animals and thus they need much care," said Dr Rajendar Prasad, a senior met scientist at agricultural university at Palampur.

However, weathermen have also predicted clear sky after 36 hours, which will generate biting cold.

Elaborating on western winds, an environmental scientist from IIT Kanpur, Krishnendu Haldar, said that western disturbances is a rain bearing system having its origin in the Mediterranean sea.

"It travels all the way from there to India, passing through Israel, Jordan, Syria, Iraq, Iran, Afghanistan and finally reaches east India," he added.

Posted by Rajan Alexander at 9:15 PM