Is Modi Sarkar deliberately down playing the scale of expected monsoon failure? 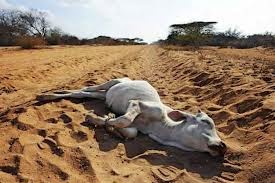 As the new government gears up to kick-start the ailing economy, the rain gods are not smiling. The monsoon this year is likely to be below normal, according to the government and the Met department's forecast.

The Southwest monsoon rainfall forecast announced on Monday is worse (downscaled to 93% of LPA) than the previous forecast in April this year when the IMD had predicted seasonal rainfall to be 95 per cent of the long period average. The forecasts are with a model error of +_ 4 per cent.

“Implications (of the deficient rainfall) would happen to a larger or smaller extent. We will prepare to handle that. Measures related to crops and other areas will be taken,” 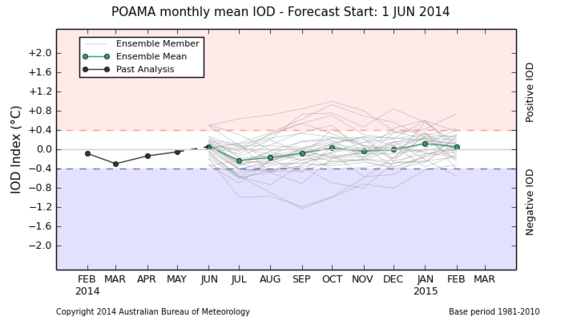 He added that there was some respite as the Met department has also predicted that "El Nino" will be weak or moderate at best this year. While this well be the case, as or even more important than an El Nino is the Indian Ocean Dipole (IOD) which according to the Bureau of Meteorology (BoM), Australia's latest model has flipped negative which is highly unfavourable for the Indian monsoon.  A combination of El Nino (even a weak one) with a negative IOD could be as deadly as a moderate or strong El Nino.

Within this context, the new Modi Sarkar's revised forecast of 93% LPA do not look credible designed to damage control and prevent speculation and inflation.

Posted by Rajan Alexander at 6:42 PM