We may be spared from an El Nino, leave alone a Super El Nino. But it is the Indian Ocean Dipole (IOD) that is most likely to create one of the worst drought years in recent decades. We could see rainfall deficiency even within 20-30% of LPA. It is to be noted that no one perhaps understand and able to predict the behaviour of the IOD just as JAMSTEC could. 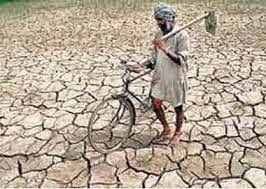 (Vinson Kurian, HinduBusinessLine) A Japanese forecaster has said that the unique combination of a negative Indian Ocean Dipole (IOD) and an El Nino in the Pacific may lead to major shortfall of rain for India during this monsoon.


Updated forecasts by the Tokyo-based Regional Institute for Global Change show that the poor rain trend of June is likely to extend into July, August and September.

The deficits apply even if one were to take combined quarterly performance of the monsoon for June-July-August and July-August-September.


The developing El Nino is expected to peak during the next two months and would continue at least through the winter.


The Tokyo Centre, which is under the Japanese national forecaster Jamstec, said that the probability of a negative IOD is ‘very high’ in the tropical Indian Ocean during the summer and the autumn.


IOD, with a negative and positive phase, mimics El Nino-La Nina conditions in the Indian Ocean. A positive IOD has been found to support the cause of a concurrent Indian monsoon.

The warm summer conditions will continue into the autumn for most parts of Europe, Africa, West Asia, Russia, India, Southeast Asia, and Mexico.

Posted by Rajan Alexander at 2:18 PM