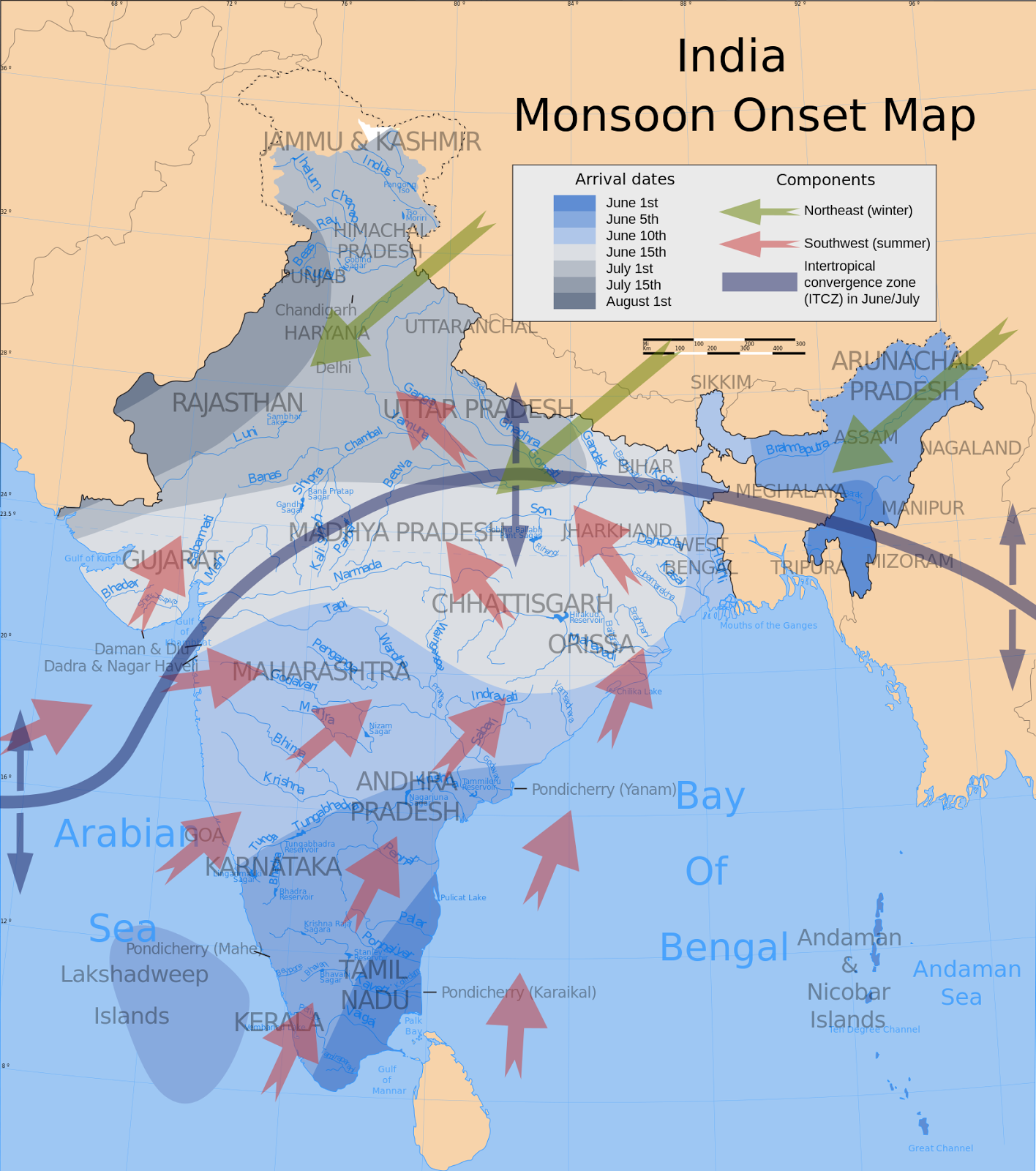 (Vinson Kurian in TheHinduBusinessLine) Winds have as of now turned westerly-to southwesterly both here and in Kochi, 200 km to the north, as the Kerala coast braced itself to receive the first showers of the monsoon.

Winds are currently perfectly aligned to precipitate the onset, but are yet to rustle up enough speed (27- to 37 km/hr). They must also be able to maintain their bearing and orientation to sustain the onset and onward progress of the monsoon.

Also, the other major monsoon feature represented by the offshore trough is still truncated at best.  The offshore trough is an elongated area of low pressure stretching along the southwest coast that receives the monsoon flows and the moisture that they carry. This trough has to become more pronounced and deep to be able to precipitate a forceful onset. The India Met Department has kept up a 48-hour window for this to happen.

Most model forecasts indicate that all these factors would align perfectly and fall into place over the next couple of days to precipitate the onset in copybook style. In fact, the cross-equatorial flows that turn southwesterly monsoon flows, are predicted to become stronger during the rest of the week and into the next.

Posted by Rajan Alexander at 9:24 PM