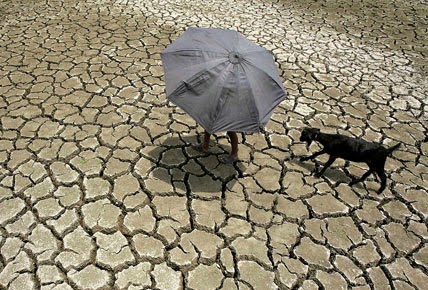 (Vinson Kurian, HinduBusinessLine) Overall monsoon situation improved marginally better with rain deficit reducing to 42 per cent as on Thursday against 48 per cent a week ago.

Just one meteorological subdivision (out of 36 in all) recorded excess rainfall, but the region happens to be a far-flung group of islands in extreme southeast Bay of Bengal – the Andaman and Nicobar.

Seven subdivisions recorded ‘normal’ (-19 per cent to +19 per cent); but even here, only two fell on the positive side.

Deficient and scanty regions mostly filled the rainfall map of the country. To the South, only Lakshadweep, Tamil Nadu and Puducherry, south interior Karnataka and Rayalaseema, are in the ‘normal.’

Over the rest of the country, the list of ‘normal’ was confined to just Haryana, east Madhya Pradesh and the Himalayan foothills of West Bengal.