Beginning of the End of Climate Scam: Canada formally withdraws from Kyoto Protocol 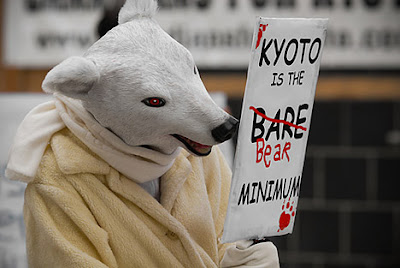 Kyoto Protocol. Other Kyoto nations are expected to follow in the days and weeks to come. The beginning to the end of the climate scam is now been set rolling. As government after government distances from the climate scam, NGOs and environmental organizations are left holding the illegitimate baby.

Lets salute Canada and all the climate skeptic fraternity  for this outcome. A special thanx to my friend Tom Harris, environment professor and Executive Director of the International Climate Science Coalition, Ottawa who have been working tirelessly, writing and appearing on news channel discussion panels to make this possible. 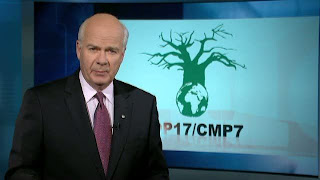 OTTAWA: Canada has became the first country to formally withdraw from the Kyoto Protocol, saying the pact on cutting carbon emissions was preventing the world from effectively tackling climate change.

"We are invoking Canada's legal right to formally withdraw from Kyoto," environment minister Peter Kent said on Monday following a marathon UN climate conference in South Africa, at which nations agreed to a new roadmap for worldwide action.

The landmark pact reached in 1997 is the only global treaty that sets down targeted curbs in global emissions. But those curbs apply only to rich countries, excluding the United States, which has refused to ratify the accord.

"Kyoto is not the path forward for a global solution to climate change," Kent said. "If anything, it's an impediment. "We believe that a new agreement with legally binding commitments for all major emitters that allows us as a country to continue to generate jobs and economic growth represents the path forward."

Canada agreed under the Kyoto Protocol to reduce CO2 emissions to 6.0 per cent below 1990 levels by 2012, but its emissions of the gases blamed for damaging Earth's fragile climate system have instead increased sharply. Saying the targets agreed to by a previous Liberal administration were unattainable, Conservative Prime Minister Stephen Harper's government last year unveiled its own measures aimed at curbing emissions, in line with US efforts.

Pulling out of Kyoto now allows Canada to avoid paying penalties of up to CAN$14 billion (US $13.6 billion) for missing its targets. Kent also cited major impacts on Canada's economy that will be avoided by withdrawing from the treaty.

"Under Kyoto, Canada is facing radical and irresponsible choices if we're to avoid punishing multi-billion-dollar payments," Kent said, noting that Canada produces barely two percent of global emissions. "To meet the targets under Kyoto for 2012 would be the equivalent of either removing every car, truck, ATV, tractor, ambulance, police car, and vehicle of every kind from Canadian roads or closing down the entire farming and agricultural sector and cutting heat to every home, office, hospital, factory, and building in Canada."

For Kyoto supporters, the Canadian pullout was expected to be a symbolic blow and badly damage a UN climate process already weakened by divisions.

Posted by Rajan Alexander at 4:00 PM