If ever there are some small mercies left for this year, the people of Chennai are among the last few to be so blessed in this year.  Many of us were ruing our luck at the timing of the Tropical Cyclone 06B (the sixth cyclone in the Bay of Bengal in 2011), which has been christened ‘Thane’.

Two days back the predicted track led right through the city of Chennai.  Coupled with the way the Thane was developing into a very severe cyclonic storm with (estimated) sustained maximum surface winds at 130 to 140 kmph (80 to 87 mph) and gusting to 155 kmph (96 mph), many of us were worried about the damage Thane would wreck on our fair city.

Always in the back of our minds was that day-after is the new year’s eve and the damage it would wreck on the new years eve party.  Thankfully, the Cyclone is veering off South West from the projected track and is expected to cross about 78 NM (145 km / 90 mi) south of Chennai.

It would wreck havoc on the coast, but the damages would be limited as those areas are not as severely congested as is the metropolitan area of Chennai.  Frighteningly, the Cyclone seems to be heading for the vicinity of Pondicherry.  Wish them luck!

Here is the JTWC warning graphic of today evening (at Chennai) 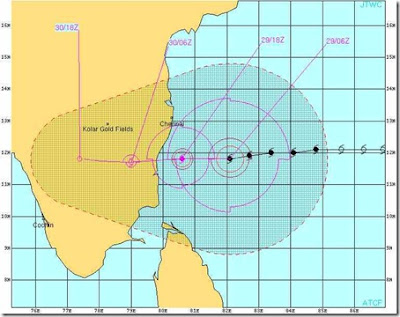 The IMD graphic for the evening 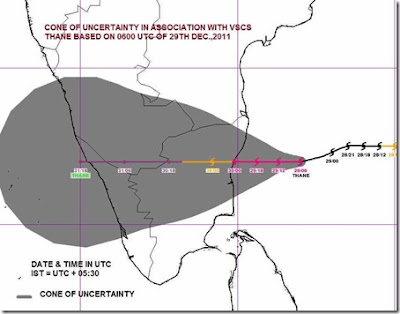 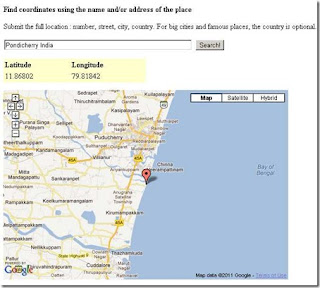 Hello New Year!  Get ready for the party!

Posted by Rajan Alexander at 6:37 PM