There are 20 nuclear power stations in India with excellent safety record.  The establishment often tell us that nuclear reactors in India are designed to withstand natural disasters like earthquakes and tsunamis. So far they are more than vindicated. During the massive Gujarat earthquake in 2001, with Bhuj as epicentre, the Kakrapar nuclear power plant was unaffected.

In 2004 Tsunami that hit Tamil Nadu and Andhra coasts, the reactors at Kalpakkam were unaffected. Now comes further confirmation that despite the 'very severe' Cyclone Thane, the Kalpakkam reactor worked as usual. Surely, Cyclone Thane inflicted a massive blow on the Kudankulam anti-nuclear movement.   Lets hope they fizzle out soon. 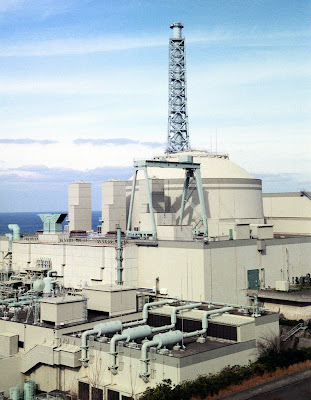 Chennai: It was business as usual at the Kalpakkam atomic power plants, around 80 km from Chennai, even as cyclone Thane lashed the coastal districts affecting normal life on Friday. The two power plants of Madras Atomic Power Station (MAPS) located on the Kalpakkam coast were generating power as usual, though necessary precautions against the cyclone have been taken, said a senior official.

"Both the units are generating 150 MW power each. The cyclone Thane did not hamper our operations in any way," S Ramamurthy, MAPS station director, told IANS.

All the precautions to be taken as per the Operating Procedure for Emergency Conditions for Cyclone were taken in the warning period, he said.

There was no disturbance to any of the operating systems, including the power supply systems, during the entire period and the reactor operation is continuing.

According to Ramamurthy, there was no water logging in the MAPS complex. "The cyclone has not affected the construction operations of the 500 MW prototype fast breeder test reactor," Prabhat Kumar, project director of the power plant built by Bharatiya Nabhikiya Vidyut Nigam Ltd (Bhavini) told IANS.

In a statement issued here by the Indira Gandhi Centre for Atomic Research (IGCAR), the operations of the fast breeder test reactor (FBTR) continued without any interruption.

The research group working on the atmospheric dispersion modelling were closely monitoring the movement of the cyclonic storm and were feeding the information to the authorities for taking precautionary measures, the statement said.

Posted by Rajan Alexander at 7:04 PM