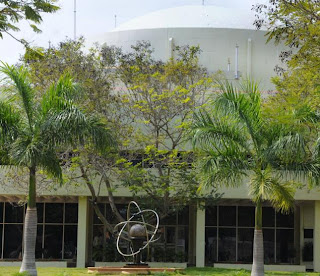 Chennai:  Cyclone Thane which is due to hit the coast of Tamil Nadu on Friday morning has raised fears about the safety of nuclear plants in the state.

Although the Kudankulam nuclear plant is at a safe distance from cyclone landfall, authorities have concerns about the safety of the Kalpakkam nuclear facilities.

Dr Srikumar Banerji, Chairman, Atomic Energy Commiission has told NDTV that Cyclone Thane does pose danger to the Madras Atomic Power Station in Kalpakkam, just off Chennai and a control room has been set up to monitor the cyclone movement and it's impact.

The twin reactors at the plant will continue to operate, he said.

According to Dr Banerji, officials at the plant are "fully geared up to face the storm" even though the storm surge is expected to remain below the danger mark of the nuclear plant. The prototype Fast Breeder Reactor at the plant is also located at a safe altitude, he added.

The Indian Metrological Department has said that Thane, a "very severe cyclonic storm", is expected to move westwards and cross north Tamil Nadu coast between Nagapattinam and Chennai tomorrow morning.