Men in hamlets to be ready for emergencies 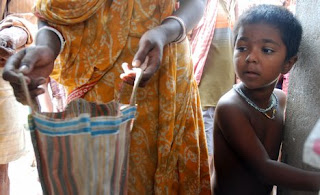 CHENNAI: With the severe cyclonic storm Thane’s landfall along the city’s northern coastline certain, the situation at the 14 odd fishing hamlets along the Chennai and Tiruvallur districts has changed dramatically since Wednesday evening. Male members of the fishing community have been asked to stay in group in every hamlet to meet any emergency due to gusty winds and torrential rain brought by cyclone Thane.

Speaking to Express from Thalankuppam, one of the vulnerable fishing hamlets near Ennore creek, Mahesh, a local fishermen said that the situation has changed dramatically inside his hamlet since evening as all reports from weathermen predict a certain landfall of the severe cyclonic storm near the city.

“Local officials and village administrative officers (VAOs) are in constant touch with the village heads from the fishing hamlets and male members of the community are asked to stay alert till the threat reduces,” Mahesh added.

Fishermen also revealed that a cyclone as severe as Thane, during the Tamil month of Margazhi is a very rare phenomenon.

“There was a cyclone landfall in the mid-1990s which brought heavy rainfall to Chennai and adjacent areas. We heard from our ancestors that a cyclone during Margazhi is always a dangerous one,” Desingh, a young fisherman from Kasimedu said.

Most fishermen are now glued to their radio and television sets for periodic weather updates. Meanwhile, a huge wave at the Marina Beach created a scare on Wednesday as the water reached the service lane of Kamaraj Salai. Though it receded, a big pool of water remained on the beach. The Met office described it a swell wave. About a metre high swell wave could inundate parts of Chennai, Tiruvallur, Kanchipuram and Villupuram districts.

Posted by Rajan Alexander at 11:56 AM