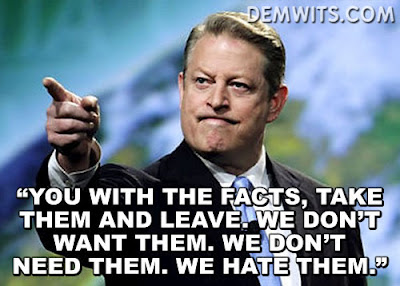 (Warning Signs) Most of us get our weather news from the local television news as someone points to various maps with high and low pressure areas, pictures of clouds, sun, rain or snow. Predicting the next day’s weather is close to the outer limits and four days out is subject to change because, as one noted meteorologist once told me,

“Weather is a definition of chaos.”

The weather changes rapidly; the temperature can go from a hot day to a cool night. Change is constant and only predictable over very brief time frames. There are, of course, the seasons in which one can anticipate broad changes as the Earth circumnavigates the Sun.

Climatologists study trends that involve centuries such as the mini-ice age that gripped the northern hemisphere from around 1300 to 1850.Some climatologists are predicting another ice age and they would be right because the interval between ice ages is about 11,500 years and the Earth is at the end of such an interval. It will arrive very swiftly and hang around for thousands of years.

One of the fun and interesting blogs to visit is Real Science. Its editor, Steven Goddard, recently posted the following facts regarding this year’s weather.

No global warming for 16 years.

Record cold in the Midwest.

A cyclical drought affecting portions of the country.

“In a few months, we will reach the critical point when there has been no global warming for more than half of the satellite temperatures record—which extends back to 1978.” Goddard noted that “In a few weeks we will reach the point where there have been no major hurricane strikes on the U.S. in seven years, the longest such period since the Civil War.” Hurricane Katrina occurred in 2005.

“Alarmist scientists will continue to lie about CO2,” said Goddard, “because they have no useful job skills and would likely end up in a homeless shelter if the global warming research money quits flowing.”

I suspect that most Americans are unaware of how their taxes are being spent on something that all the money on Earth cannot change in any fashion.

With annual deficits of $1 trillion and growing debt of $16 trillion, it is little wonder that there are those in Congress who want to impose a tax on carbon dioxide emissions, the alleged and totally false “cause” of a global warming. Never mind that there is no global warming, such a tax, according to the Congressional Research Service would generate enough money, if enacted and increasing annually, to cover those deficits. The tax would be based on totally bogus “science.”

In June, the greatest collection of climate charlatans in the world got together at the twentieth Conference on Sustainable Development held in Rio de Janeiro. The first conference was held in 1992, the U.N. Conference on Environment and Development. The 1998 “Climategate” exposed of the way scientists working with the U.N. had rigged the data intended to support global warming. Now the scam is all about sustainability.

The most recent U.N. conference trotted out the usual scare campaigns, claiming that the Earth’s environmental systems are nearly at “their biophysical limits” and thus portending irreversible and possibly cataclysmic world changes. You could go through their list of changes and refute every one of them. The amount of Antarctic sea ice has just set new records which, if the Earth was warming, would be impossible.

The conference produced a 550-page report that had taken three years and involved 600 “experts” and it all added up to putting most of the Earth and its resources off-limits to its seven billion human inhabitants.

The Conference wanted the U.S. to cough up $100 billion for an annual “climate fund.”

Environmentalists hate “population growth” and are forever wailing about “unsustainable consumption” while the news continues to be filled with reports of new discoveries of oil and natural gas, and the Earth is managing to feed more humans that have ever lived on it at the same time.

There are more than 700 international agreements designed to address specific aspects of the alleged environmental decline, along with agreements on alleviating poverty and malnutrition as Millennium Development Goals. Despite this, the charlatans keep insisting that things are getting worse and more treaties are needed.

The conclusion of the United Nations Environmental Program was that the only way to prevent “unsustainable consumption” is to reverse Western capitalism. If this sounds like something a communist and/or an Islamist would suggest, you’d be right.

This is the same United Nations that has had no success regarding its fundamental goal of preventing wars and whose recent General Assembly meeting listened politely while Iran’s president, Mamoud Ahmadinejad predicted the end of the world. Thus far, it has done nothing to stop Iran’s progress toward making its own nuclear weapons.

The lies about the environment, the weather, and climate will continue so long as the money continues to flow to a national and international cabal of liars.

Posted by Rajan Alexander at 11:05 PM