Forbes: The Skeptics Are Thrashing The Alarmists In The Global Warming Debate 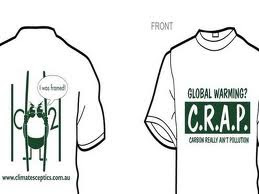 Every now and then alarmists will kind of stick their toe in the water, afraid to have an actual live, unfiltered debate, but unable to refrain from using the print media to attack skeptics who make sound points.

For example, last week in this column I pointed out objective satellite measurements showing long-term growth in Antarctic sea ice and Antarctic continental ice. Alarmists immediately went into a frenzy of damage control. Some alarmists daringly stuck their toes into the water of print-media filtered debate.

Eric Berger, the Houston Chronicle’s self-proclaimed ‘SciGuy,’ was one of those alarmists who extended his toe. Explicitly referencing my column, Berger countered that the record growth in Antarctic sea ice is consistent with alarmist climate models. Wrote Berger,

“climate models have generally predicted that Antarctic sea ice won’t change much in the coming decades, before eventually losing mass.”

Really, Eric? Would you like to take a moment for sober reflection before making such a foolish assertion?

No? OK, let’s take a closer look at what you are asserting.

First of all, Antarctic sea ice has been steadily expanding for decades and is consistently setting new records. This is a far cry from “climate models have generally predicted that Antarctic sea ice won’t change much….

Sure, the alarmists can keep misrepresenting the truth by repeatedly saying,

“This is consistent with our climate models,” but shutting your eyes, putting your hands over your ears and loudly repeating a lie over and over again does not make the lie true. As Mitt Romney said last night, “I’m used to people saying something that’s not always true, but just keep on repeating it and ultimately hoping I’ll believe it.”

Wait a minute, Berger says one thing and Taylor says another. Those pesky deniers must be lying again!

As scientists report in the American Meteorological Society’s peer-reviewed Journal of Climate:

“We examine the annual cycle and trends in Antarctic sea ice extent (SIE) for 18 Coupled Model Intercomparison Project 5 models that were run with historical forcing for the 1850s to 2005. Many of the models have an annual SIE cycle that differs markedly from that observed over the last 30 years.

The majority of models have too small a SIE at the minimum in February, while several of the models have less than two thirds of the observed SIE at the September maximum. In contrast to the satellite data, which exhibits a slight increase in SIE, the mean SIE of the models over 1979 – 2005 shows a decrease in each month, with the greatest multi-model mean percentage monthly decline of 13.6% dec-1 in February and the greatest absolute loss of ice of -0.40 × 106 km2 dec-1 in September

The models have very large differences in SIE over 1860 – 2005. Most of the control runs have statistically significant trends in SIE over their full time span and all the models have a negative trend in SIE since the mid-Nineteenth Century. The negative SIE trends in most of the model run over 1979 – 2005 are a continuation of an earlier decline, suggesting that the processes responsible for the observed increase over the last 30 years are not being simulated correctly.”

This is why global warming alarmists are so afraid to engage in live, public debates. You can write such rubbish for the Houston Chronicle and most of your readers will never dig deep enough to discover the truth. But if you make such assertions in a live, public debate, you end up being posterized in a YouTube video that will last for all eternity.

Posted by Rajan Alexander at 1:16 AM