Billions of dollars have been wasted on claims of a massive increase of carbon dioxide (CO2) in the Earth's atmosphere and entire careers, organizations, and government and non-governtal agencies have been financed to advance the hoax.  So much depends on this cash flow that the fraud's machinery continues to function.

What is perhaps the biggest hoax in history is unravelling before us today.  It has been a terrible and destructive fraud on the people. ... This hoax has resulted in bad policies and a tremendous unnecessary expense to the world.  Those responsible should receive just punishment and ridicule for their misdeeds.

A hoax is a deceptive act intended to hoodwink people through deliberate misinformation, including factual omissions. ... The central lie is that we are experiencing a known human-caused climate crisis, a claim based on speculative theories, contrived data and totally unproven modelling predictions.  And the evidence?  Much is revealed by politically corrupted processes and agenda-driven report conclusions rendered by the United Nations Intergovernmental Panel on Climate Change (IPCC), which are trumpeted in the media and NGOs as authoritative gospel.

Dr. Michael Mann's infamous "hockey stick" graph, which purported to show steady temperatures on Earth for around a millennium until the 20th century, is the source of much of the misguided hysteria as it had been falsified many times over.  Then again the Al Gore and WWF prediction of polar bears getting extinct because of climate change was falsified. So is Greenpeace's prediction of ice-free Arctic summers. 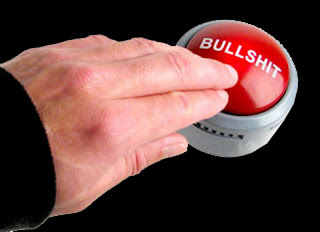 (Roger Pielke Jr.'s Blog) The verdict in the lawsuit brought against scientists L'Aquila has prompted much discussion and debate. Following the initial poor reporting of the case and its context has followed some much better coverage. For instance, the Chronicle of Higher Education, the New Scientist, David Ropeik writing at Scientific American, and some colleagues of mine at Macquarie University writing at The Conversation have all added valuable context and nuance to this discussion.

Yet, some in the US scientific community, especially officials at AAAS and AGU continue to wax hyperbolic on this issue. For example,

"You risk losing valuable information from experts who would rather spend time in the lab than in prison," said Mark S. Frankel, director of the scientific-responsibility program of the American Association for the Advancement of Science.

"We are hearing concerns from our members," added Christine W. McEntee, executive director of the American Geophysical Union. "This isn't just about earthquakes but about hurricanes and tsunamis too." . . .

But even though the decision will be appealed, doling out convictions and prison time will have a chilling effect on scientists, said Mr. Frankel of the AAAS.

"There is so much uncertainty in science that the best advice still might not be the right advice," he said. With a ruling like this, "some scientists may fear participating in any public-policy process. I already hear from scientists who say that policy is so difficult that they'd be better off in the lab."

Such concerns are vastly overblown, and it is curious to see US scientific societies (mis)appropriating the narrative of the L'Aquila saga as part of their own political battles.

In 2002, Bobbie Klein, a lawyer by training and long-time colleague here at the University of Colorado, and I wrote two legal-review style papers on legal liability for forecasts under US law. One paper was focused on the public sector and the second on the private sector.

With respect to the public sector,  here is what we concluded (for the full paper, which includes a discussion of a range of interesting cases, see it here in PDF):

The decisions reviewed above indicate that the [Federal Tort Claims Act] likely would preclude most if not all claims against the federal government based on inaccurate weather forecasts, especially given the Gaubert decision and the cases applying it in lawsuits against the NWS for forecast-related claims. Bergquist, Monzon, and Taylor all recognize that policy factors, such as cost and the desire not to overwarn, enter into NWS forecasting and warning decisions. However, it would be too strong a statement to say that the federal government will never face a liability risk in its forecasting enterprise. In instances where all discretion has been removed, if other FTCA requirements were met, the government’s failure to follow a mandatory statute, regulation, or policy could expose it to liability. Of course, the Supreme Court could alter the Gaubert test to make it more difficult for the government to seek refuge in the discretionary function exception.

With respect to the private sector we concluded that the situation is a bit more complicated (full paper here in PDF):

Lawsuits against private sector weather forecasters for forecasts may increase in the coming years as the private sector expands its forecasting activities, especially if companies make inflated or unfounded claims of their ability to forecast the weather accurately. Thus, companies have to be cognizant of the trade-offs between using claims of forecast accuracy as a marketing tool and the exposure to liability that will result from unfounded claims of capabilities. Absent statutory immunity or a valid limitation of liability clause, private sector forecasters who are sued will have to defend lawsuits for inaccurate forecasts on their merits.

The decisions discussed above provide some guidance as to how such lawsuits could be resolved. At one end of the spectrum, forecasters will not be found liable simply because a forecast is erroneous. Courts in the past have recognized that forecasts are fallible and people who rely on such forecasts assume the risk that a particular prediction may not be realized. The issuance of probabilistic forecasts introduces additional technical considerations (e.g., in evaluating forecast “goodness”) but does not appear to contradict these general findings related to liability. At the other end of the spectrum, a forecaster should be found liable if a forecast was based on a deliberate, knowing falsehood or withholding of information.

Most cases likely will fall in a gray area, where it will be alleged that, while the forecast may have been made in good faith, it strayed from established professional standards. Rigorous verification of forecasts would offer valuable information to producers of forecasts about how to market their products honestly, to users of forecasts about how to use predictive information effectively, and to the court system when it is called upon to evaluate whether a forecast or forecast process meets the applicable professional standard.

Even with the additional complications, it is highly unlikely that a forecaster who relies on established professional standards in the issuance of a forecast will be found liable for a poor forecast.

Of course, as in always the case in legal matters, history may not be a guide to the future and those future outcomes may deviate from that represented in past US case law. Even so, in the US scientists would appear to have exceedingly little reason for concern about legal liability for the issuance of forecasts that do not verify. The legal situation will of course be different across different countries.

While I certainly understand the concerns of scientists about legal exposure, the more important issues raised by the L'Aquila case involve the roles of scientists in policy and politics, where legal exposure in the Italian context derives from that larger context, as the more nuanced characterizations of the case have revealed. The L'Aquila lawsuit is to be appealed, so there will continue to be opportunities to discuss the particulars of the case and its broader significance.

Posted by Rajan Alexander at 1:32 PM