Why Hurricane Sandy is called Frakenstorm?

As seen from the forecast, Hurricane Sandy has lost much of its wind velocity and no more the strength of a Category 1 tropical cyclone. But why is it called Frankenstorm  expected to cause wide scale damage and affecting as much as 60 million people?

The DailMail gives us a good explanation. 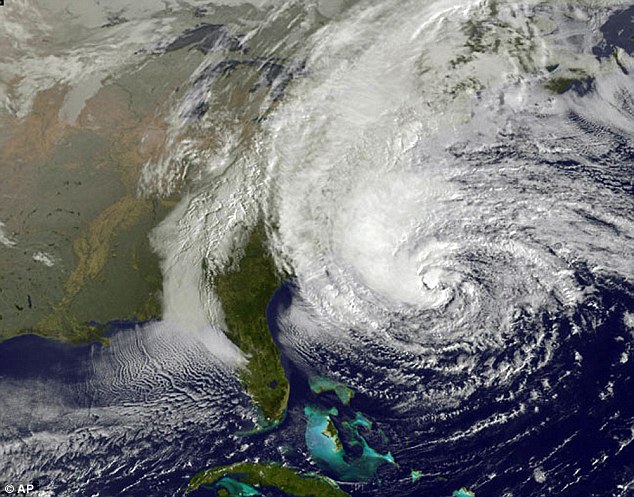 (DailyMail) Meteorologists have called it a 'once-in-a-lifetime' storm but as East Coast residents stockpile imperishables and fill their bathtubs with water in preparation for the looming tempest, many are left scratching their heads over what makes this particular weather system so epic.

The Frankenstorm, as it has been dubbed given its proximity to Halloween, is the mash-up of Hurricane Sandy from the South and an unnamed nor'easter gaining strength as it moves from the West.
And when Sandy and the wintery blast finally meet, East Coasters could be on the receiving end of one of the coldest, wettest and most dangerous assaults from nature.

Sandy is arriving on the tail end of the hurricane season, with September typically the most active period.

The storm threatening to wreak havoc on the Atlantic coast began to form on October 19 in the Caribbean Sea and in October 22 forecasters labeled it a Tropical Storm and named it Sandy.

It made landfall on October 24 near Kingston, Jamaica with 80 mph winds and it moved toward Cuba the same day, sustaining winds of 110 mph and claiming an estimated 51 lives. 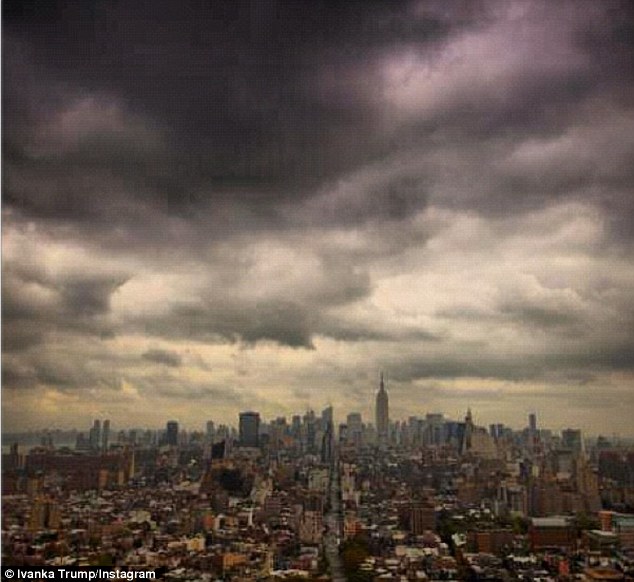 Its strength has waned and then re-intensified as it moved toward the Atlantic Coast of the U.S., with meteorologists saying a high pressure ridge of air centered around Greenland is steering it toward land, as it is expected to make landfall off the New Jersey coast on Monday.

It is responsible for an estimated 67 deaths so far in the Bahamas, Cuba, Dominican Republic, Haiti, Jamaica and Puerto Rico.

Meanwhile, the wintery storm from the West is helping to pull the hurricane to land when it might have otherwise fled back into the Atlantic.

The nor'easter is a winter storm conceived by the meeting of cold arctic air with the warmer ocean air from the Gulf Stream.

The storms usually develop from a low-pressure system in the south, typically in the Gulf of Mexico, and then pushed upward.

Nor'easters usually bring massive amounts of precipitation, high winds and large waves and with a full moon, when tides are at their highest, the storm surge could reach as high as 6 to 11 feet.

'The total is greater than the sum of the individual parts,' said Louis Uccellini, the environmental prediction chief of the National Oceanic and Atmospheric Administration meteorologists about the dramatic weather.Another meteorologist has said the weather system is combining the end of the hurricane season with the start of the winter storm season, 'it's kind of taking something from both - part hurricane, part nor'easter, all trouble,' Jeff Masters, director of the private service Weather Underground told the Associated Press.

Posted by Rajan Alexander at 10:18 AM