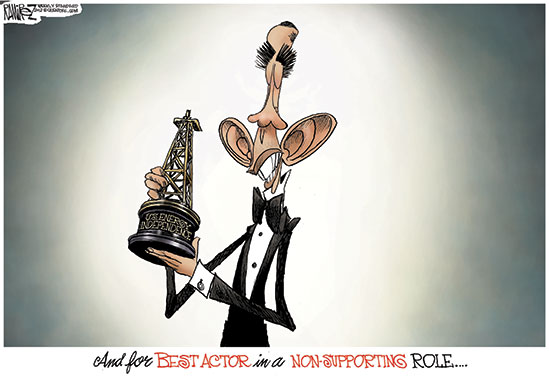 “And yes, my plan will continue to reduce the carbon pollution that is heating our planet-because climate change is not a hoax. More droughts and floods and wildfires are not a joke. They are a threat to our children’s future and in this election you can do something about it.”

What is carbon pollution? Carbon, is a solid not a greenhouse gas. Do you mean CO2, a naturally occurring gas essential to plant life, and not a pollutant? It’s unclear because you say, incorrectly, it’s causing climate change. Projected warming and climate change due to CO2 only occurs in predetermined Intergovernmental Panel on Climate Change (IPCC) computer models that exclude major mechanisms and whose projections are consistently wrong.

What does “climate change is not a hoax” mean? Nobody ever said it was a hoax. The hoax is the science and Reports of the IPCC.

Disconnected comments continue. Nobody ever said droughts, floods and wildfires are a joke. A real joke is the prefix “more’ because all these events are within natural variability. It’s the same mythology used about increased number of hurricanes.

Most peer-reviewed solar activity science is excluded from the IPCC Reports. There are three solar activities, but only changes in electromagnetic radiation (insolation) are included. They exclude the Milankovitch Effect of changing orbit, tilt and precession of the equinox and Svensmark’s cosmic explanation of solar effects on temperature.

The IPCC said insolation explained over 50 percent of temperature change up until 1950, but since then they’re over 90 percent certain human produced CO2 is the cause. This result was a product of their computer models.

A British Broadcasting Corporation (BBC) story linked recent weather with that of the Little Ice Age (LIA). They said;

“Astronomers have reported that the Sun is at its dimmest for almost a century.” 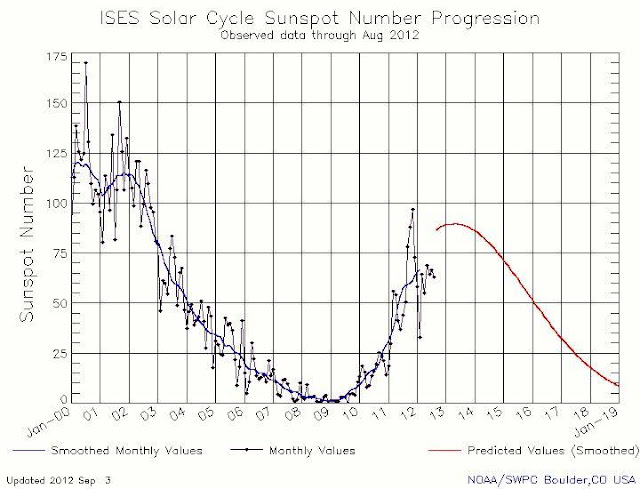 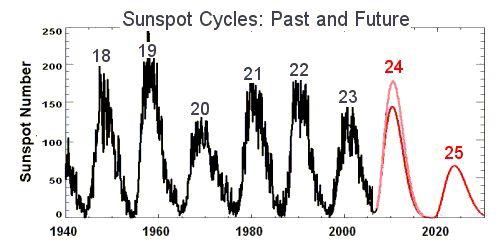 The current level of 75 sunspots for Cycle 24 is their projection for Cycle 25. Only two periods, the Dalton Minimum and the Maunder Minimum had equal or lower readings.

The IPCC ignored the sunspot and temperature relationship because there was no explanatory mechanism. But one appeared in 1991 and in 1996 Friis-Christensen, Director of the Danish National Space Institute said,

The mechanism appeared more fully in 1997 as the Cosmic Theory (CT) defined by Svensmark and Friis-Christensen. The 2001 IPCC Report mentioned it briefly, but it was omitted in the 2007 Report.

“Given the wide, and perhaps at times excessive, interest in tying carbon dioxide to climate, there has been relatively little work investigating the solar-climate connection.”

Mr President, your comments are scientifically meaningless. With your access to qualified researchers one must conclude they are political. You said people can do something about climate change. That’s false. German Physicist and meteorologist Klaus-Eckhart Plus said about climate change,

“There’s nothing we can do to stop it. Scientifically it is sheer absurdity to think we can get a nice climate by turning a CO2 adjustment knob.”

He said this after educating himself about IPCC science, which apparently directs your views.


“Ten years ago I simply parroted what the IPCC told us. One day I started checking the facts and data – first I started with a sense of doubt but then I became outraged when I discovered that much of what the IPCC and the media were telling us was sheer nonsense and was not even supported by any scientific facts and measurements. To this day I still feel shame that as a scientist I made presentations of their science without first checking it.”

World leaders making presentations before checking the science and facts is more shameful.

Posted by Rajan Alexander at 1:56 PM