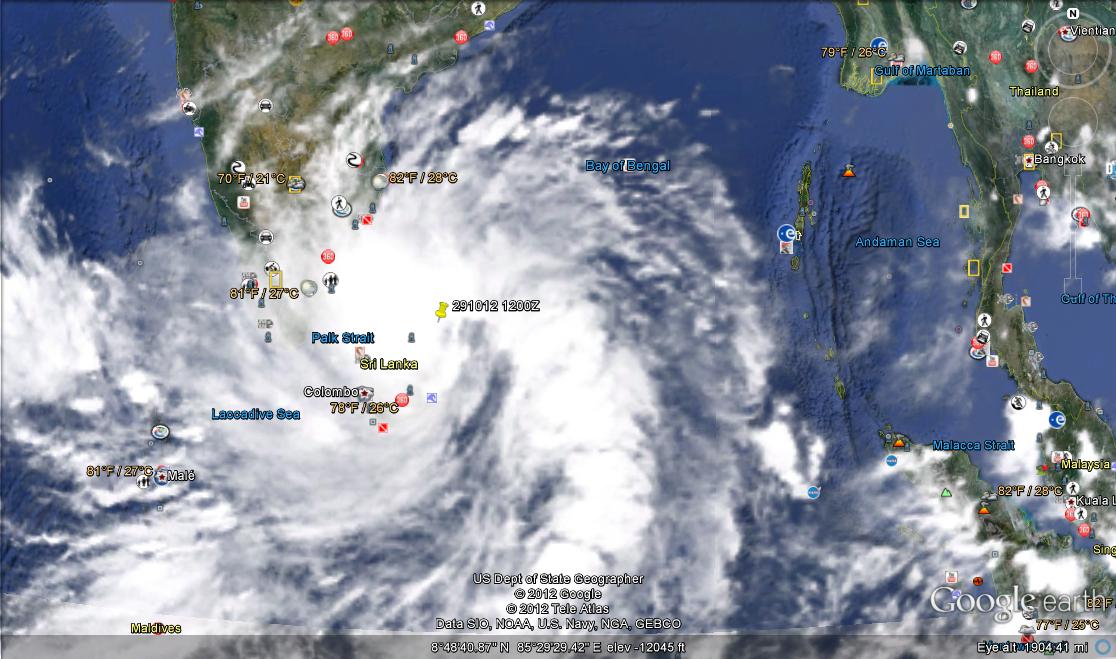 [2] Clouds are seen packed in SW sector only.

[3] Core wind speed are yet to attain cyclonic speed


The IMD forecast this tropical low to veer northward, north of Sri Lanka, on Tuesday, then to cross the shore of Tamil Nadu state, south of Chennai, on Wednesday.

Given such a path, top rainfall in northern and western Sri Lanka to southeastern India would be 8 to 12 inches, enough to trigger serious flooding.

The months of October and November mark the height of the rainy season in this area. Rainfall during the last two weeks has left the ground saturated in some areas, which could magnify the impact of the heavy rain. 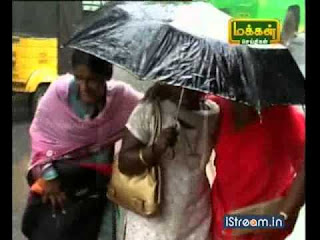 http://www.colombopage.com: Torrential rains in Sri Lanka have caused massive damage to property and livelihood as a low pressure center moved further close to the island with the active north-eastern monsoons.

The Meteorological Department predicts a marginal cyclonic situation in the Northern areas Monday night as the depression over southwest Bay of Bengal is about 100 km east of Mullaitivu and moving northwest. The depression is expected to enter the Sri Lankan coast near Mullativu in the early morning hours of Tuesday.

Residents in the northern and eastern coastal belts have been cautioned and fishermen and naval community have been advised to refrain from maritime activities in the seas.

Elsewhere in the country train services on the southern coastal line were suspended for hours this morning as a lamp post and electricity cable lines fell on the railway track between Panadura and Wadduwa railway stations. Services have now been restored, Sri Lanka Railways announced.

Puttalam - Mannar road has come under about a meter of water near Eluwankulama due to spilling of River Kala Oya. Disaster Management Center said that the situation might worsen if the spill gates of Rajanganaya reservoir, which is already brimming, will have to be opened.

Meanwhile a 27-year-old woman was killed by a sand rock that fell on her house during torrential rains at Habaraduwa in Galle district, according to the police.

Sources from Galle said that the floods in the Southern city were ebbing now.

National Center for Disaster Management said that around 70 residents of 20 houses were evacuated due to a landslide threat in Kadugannawa area in hill country.

The Meteorological Department forecasts strong winds and heavy showers in Northern, Eastern, North Central, North Western Provinces and sporadic showers in other regions and advises public to be on alert.

Posted by Rajan Alexander at 10:59 PM