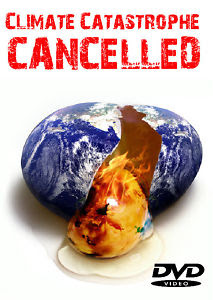 (Investors.com) The United Nations' global warming panel is writing up a report from its most recent meeting. Are we doomed? Hardly. From the looks of leaked drafts, it appears the U.N. has at last discovered reality.

As it's done many times before, the U.N.'s Intergovernmental Panel on Climate Change met in November to assess the threat of man-made global warming. And now it's working on a report intended to scare the masses into believing that humans are burning up their world.

We don't doubt that the final version of the IPCC's fifth report due next year will indeed make the usual attempt to frighten everyone. But for now those who trade in global warming alarmism are having to smooth out a troublesome bump in the report's draft.

Skeptic Alec Rawls, who signed on as a reviewer, leaked a passage from the draft that indicates the IPCC is actually admitting that a factor outside man's activities is playing a significant role in our climate.

"That sentence is an astounding bit of honesty," says Rawls, "a killing admission that completely undercuts the main premise and the main conclusion of the full report, revealing the fundamental dishonesty of the whole."

The contradictory passage Rawls is referring to goes like this:

"The forcing from changes in total solar irradiance alone does not seem to account for these observations, implying the existence of an amplifying mechanism such as the hypothesized GCR-cloud link. We focus here on observed relationships between GCR and aerosol and cloud properties."

In other words, galactic cosmic rays (GCR) are related to cloud and aerosol formation, which affects temperatures. This activity has been demonstrated in an experiment by scientists at Aarhus University in Denmark.

The Rawls leak is getting a fair amount of attention, particularly from alarmists, who contend it means nothing, and the IPCC, which in essence says,

"Hey, it's just a draft and that passage might not appear in the final report anyway."

Which is typical for the IPCC, given its habit of removing findings and passages from final reports that cast doubt on its speculation that man is to blame for warming the planet.

While the IPCC works overtime to spin the Rawls leak, another headache has emerged for the group. Figure 1.4 from the draft shows that the models used to predict warming have projected temperatures higher than the observed temperatures we've seen.

The chart also shows that observed temperatures, rather than climbing ever upward, are where they were 15 years ago.

Skeptic Anthony Watts calls the chart a bombshell. The media have yawned. Meanwhile, another reviewer is pointing out that the draft is omitting a study that found no change in global water vapor even though the alarmists predicted that it would increase as carbon dioxide emissions climbed.

Yet again, the IPCC shows it's not interested in scientific inquiry but rather politics that serve one group while countering another. Like so much of the U.N., it has nothing useful to offer.

Posted by Rajan Alexander at 8:48 PM