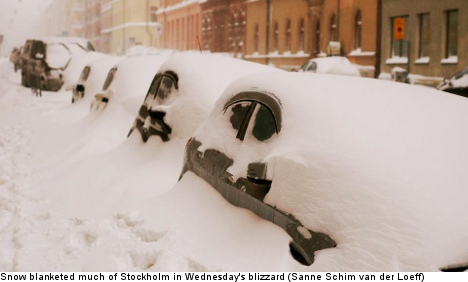 (http://www.thelocal.se) Violent blizzards in Stockholm have caused serious disruptions to flights, trains, roads, and electricity, with meteorologists expecting more of the same.

“It’s been a lost day for travel in Sweden,”

Klas Nilsson, spokesman for airport operator Swedavia, told the TT news agency. Swedish Meteorological and Hydrological Institute (SMHI) predicted up to 30 centimetres of snow in the capital, issuing a class 2 warning on Tuesday. According to SMHI's 3-class scale, a class 2 warning means there is a

Planes failed to take off or land at Stockholm’s Arlanda airport for most of the morning, affecting up to 60,000 passengers so far. From 6am until noon, only 13 out of 100 scheduled flights were able to land at the airport. Only one in five managed to take off. 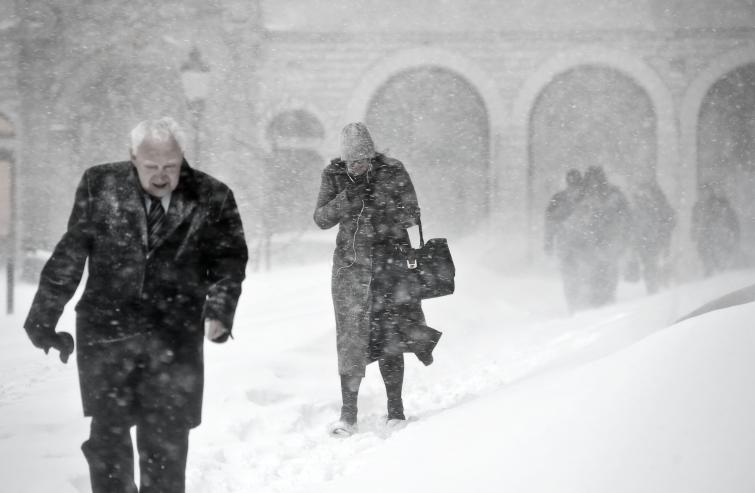 Meanwhile, Stockholm’s train lines have had problems of their own. One train on the Lidingö line derailed in the early afternoon, although no one was injured. The city’s commuter trains are still facing severe delays and the tube lines are also running slow.

“Those who don’t need to travel should re-evaluate if they can maybe go later,” said SJ spokeswoman Elina Yli-Torvi to the Aftonbladet newspaper.

The city’s entire fleet of buses was pulled out of service around 3pm as the snow drifts grew too high to navigate. Thousands of people in eastern Svealand were without electricity in the afternoon, with little hope of a quick fix.

“It’s really difficult for the engineers to get there, both on the roads and in the woods,” said Viktoria Raft, spokeswoman at Vattenfall, which has 5,500 customers without electricity in Stockholm. "But we’re working as fast as we can."

Some schools around the city were closed as early as 1pm. In southwestern Sweden, one woman died when her car skidded off the road, although the police said there were no witnesses and it was too soon to blame the snow. Meanwhile, the snow shows no signs of stopping, with SMHI predicting it to continue throughout the night and into Thursday.

Posted by Rajan Alexander at 7:15 AM