Scotland colder than the Arctic as Siberian freeze plunges temperature 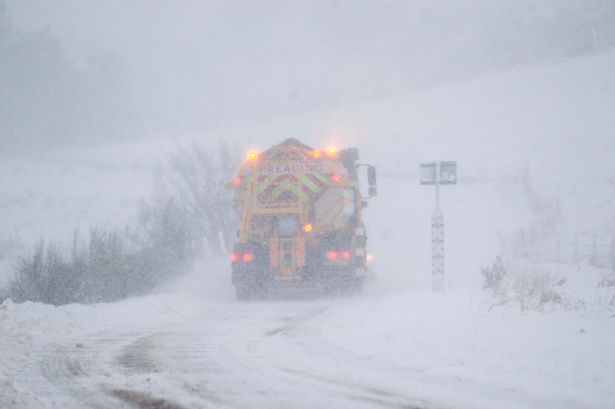 (http://www.dailyrecord.co.uk) Scotland is set to shiver today with a big freeze from Siberia bringing even colder temperatures and widespread snow. As the mercury dipped to -13C last night, Britain was officially colder than the high Arctic. Travel disruption is expected as a band of snow, sleet and rain sweeps across the country.

The Met Office predicted up to four inches of snow will fall on higher ground and police warned of the dangers of skidding on black ice. Both Scotland and England had their coldest night of winter as temperatures plunged to -12.9C at Braemar, Aberdeenshire, -8.7C at Benson, Oxfordshire, and -6.8C in Bournemouth, Hampshire. Transport Scotland operating manager Stein Connolly said:

“We’ve had up to 170 gritters out ensuring that things are OK.”

More than 50 rural schools in Aberdeenshire and Angus were closed yesterday and others opened only for pupils who didn’t need to be bussed. The Met Office forecast more ice today with snow flurries and gale-force 60mph wind gusts.

“Forecast models show a ‘Beast from the East’ weather system next week. Massive blocking high pressure from Siberia to Scandinavia will push easterly winds across the UK. There’s a good chance of much of the country seeing lying snow, with growing signs of the weather turning very cold. This weather set-up usually lasts a week.”

Forecasters said the weekend will be drier but cold, with wintry showers and ice on Monday.

The Met Office said temperatures would then tumble further, with easterly winds seeing “significant snowfalls” on higher ground on Tuesday, with all parts at risk of snow and ice from Wednesday. Forecaster Helen Chivers said:

“Temperatures will fall again next week with winds expected to blow from the east, keeping the cold weather going for all parts. Eastern areas can expect snow and sleet early next week, with significant falls possible on higher ground, and showers may spread to other parts from midweek.”

William Hill yesterday cut odds on Britain’s -27.2C lowest-ever temperature record being broken this year from 14/1 to 8/1. But Scots still have little to grumble about compared to the -52C endured in Vanavara, Russia.

The Siberian town – which shares the same latitude as Orkney – saw the mercury tumble overnight after the day temperature peaked at -46C yesterday. The record for the world’s coldest temperature is -89.2C (-129F), set at Vostok, Antarctica, in 1983.

Posted by Rajan Alexander at 7:31 AM