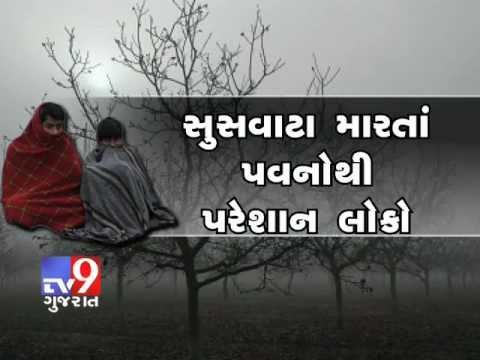 (Times of India) North Gujarat, Saurashtra and Kutch are in the grip of a cold wave. With mercury dipping across these regions, people have been left shivering with the sun failing to provide any respite in the day.

Mount Abu saw the minimum temperature plummeting to three degrees celsius, the lowest in the season till now. The tourist flow to the town has been hit although the officials are attributing it to the large number of weddings taking place. Indian Meteorological Department (IMD) officials have forecast that there will be no immediate respite from the cold.

A physician Dr Surendra Gupta said that the cases of heart ailments and asthma are on the rise in north Gujarat region.

"Those having orthopaedic problems have been advised to not to move out in the open particularly during morning and night,"

he said. In Kutch, Naliya recorded the lowest temperature of eight degrees celsius.

Posted by Rajan Alexander at 4:01 PM