Only NGOs like Sunita Narain; Greenpeace etc are enjoying their all paid business class flight, 7 star hotel vacation in Doha, trying to tell rest of the world to cut down their "carbon footprint". Hypocrites. 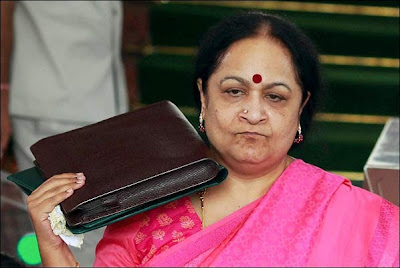 (Daily Mail) India's environment Minister will not be attending the Doha talks because she suddenly has something much more important to do (attend a vote in parliament).

This may sound unimportant, but with India and China being two of the fastest growing and largest carbon emitters, their involvement in Doha was critical for the EU to sign up, because the EU was refusing to sign up unless countries like India and China agreed to do so as well.

So, why would the Minister suddenly decide to stay at home if they were heading to a economically significant treaty in Doha? They wouldn't. If India were willing to sign, she would be there. She isn't going so it looks like whatever fudge they are devising, India is not willing to sign, so the EU has not got its requirement to sign up, so there is no extension to Kyoto.