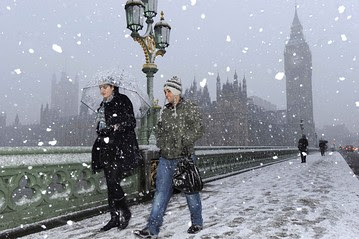 He also cheered motorists by freezing duty on petrol and diesel for all of next year, ­cancelling a 3p-a-litre increase scheduled for January.  Mr Osborne confirmed that the basic state pension would rise by 2.5 per cent next year, to £110.15 a week for a single pensioner. To cheers from Tory MPs, he said:

“We’re helping those who want to work hard and get on.” But he also admitted that Britain was still struggling to recover from “the ­ least councils believe they have enough salt stockpiled to grit the roads.“

One local government chief said they are well prepared to keep the traffic moving during the depths of winter. Bookies William Hill have cut odds on the lowest-ever temperature record being broken from 14/1 to 8/1.

It stands at -27C and was equalled in recent years on December 30, 1995 in Altnaharra, northern Scotland.  Forecaster Brian Gaze, of The Weather Outlook, warned:

“Forecast models show a ‘beast from the East’ weather system next week, with massive blocking high pressure from Siberia to Scandinavia pushing easterly winds across the UK.

There’s a good chance of much of the country seeing lying snow, with growing signs of the weather turning very cold.”

The Met Office last night warned that a very cold spell of weather could bring the lowest temperatures of the year so far. It said bitter 60mph gales are likely to make it feel even colder. Helen Chivers said:

“It is going to be very cold next week with a chance we could beat the -15.6C recorded in Holbeach, Lincolnshire, in February. Later in the week there could be some significant accumulations of snow.” 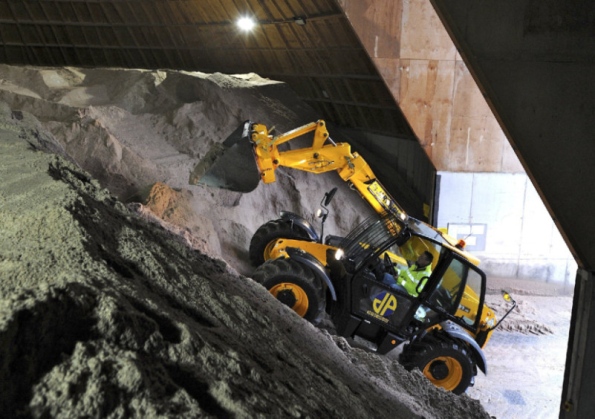 As a result, she predicted, there could be a health alert. Jonathan Powell, forecaster for Vantage Weather Services, said:

“Next week will be the coldest week of the winter so far. We are in for a freezing blast of air with snow spreading down the country even as far as London with a white Christmas now looking a dead cert. “There is a good chance of the record for cold being broken and certainly the whole country should prepare for harsh frosts and treacherous driving conditions.”

He said daytime temperatures in the North will struggle to get above -6C, while the South will shiver in lows of -3C. Leon Brown, meteorologist for The Weather Channel, said:

“All the potential is there for a very bad winter ahead, and people should be prepared.”

The warnings have sparked fears of a repeat of the big freeze of 2010/11 which crippled the UK and closed airports for days. But the Local Government Association said councils are prepared for the big freeze with enough salt stock-piled to last for two weeks.

Peter Box, chairman of the Economy and Transport Board, said:

“Councils are as well prepared as they’ve ever been to keep roads safe and traffic moving as winter closes in.  There’s about 1.3 million tons of salt in council depots, they’ve got new GPS-tracked gritters which use salt more effectively, the latest technology in snow ploughs and special quad-bikes and 4x4s to grit narrow or hilly roads.

They will be receiving up-to-the minute reports from weather experts and their gritting teams are on standby around-the-clock.  Highways, street-cleaning and park staff could also be drafted in to help clear snow and ice around places like shops, schools and sheltered accommodation.”

Temperatures in Britain have already sunk lower than the North Pole this week with Svalbard, Norway – the world’s most northerly settlement – hitting -8.5C, which was considerably warmer than some parts of the UK.

Earlier this week forecasters admitted they had been caught on the hop by the widespread snowfall on Wednesday. Flights and trains had to be cancelled and the AA rushed to 5,000 breakdowns, with the Home Counties, and particularly Essex, being the worst hit. That bitter chill claimed the life of pensioner Robert Johnston, 79, who was found dead by his partner as freezing conditions hit Angus, Scotland.