Oxfam, fund greedy NGO: "Make Finance is at the heart of climate negotiations" !!

Normally we can call such a blatant display of conflict of interest corruption.  But this is exactly what the World Bank and certain NGOs are doing at Doha COP18. There will be the primary beneficiaries of such a fund and they are vocally campaigning for it.

Tim Gore, Oxfam’s so called climate change policy advisor branded “finance is at the heart of climate negotiations”. Quite shameless and thick skinned. Oxfam International is running in the red and they are desperate to get their hands on additional funds. The so called Green Climate Fund thus becomes their natural prey. The Green Climate Fund (GCF) was established with the goal of funnelling $100bn a year by 2020 from a variety of sources into climate projects that need it.

They care a hoot that the fund will be contributed by money raised by hefty taxes on global citizens. This includes carbon tax by governments; a global carbon tax on shipping, aviation and financial transactions. It will cripple economic recovery; increase poverty, starvation and malnourishment around the world while the likes of Gore draws salaries 8 times those of an average British citizen; stays in 7 star hotels and fly first class all over the world on public and your money! 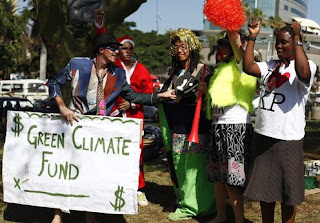 The new Green Climate Fund to help developing countries cope with climate change may one day have a bigger budget than the World Bank. At the moment, however, the Fund is empty.

No financial pledges have been made even though the Fund is supposed to begin dispensing money in 2013.

"Finance is at the heart of negotiations here,"

said Oxfam International climate change policy advisor Tim Gore on the sidelines of the UN climate change negotiations at the 18th meeting of the Conference of Parties to the United Nations Framework Convention on Climate Change (COP 18), taking place in the capital of Qatar until Dec. 7.

"The issue has come to a head in Doha. Developing countries are bitter and saying rich industrialised countries are once again failing to deliver on their promises," Gore told Tierramérica.

"The NGO community is calling on the COP president to convene a special roundtable on finance next week during the high-level segment," he said.

Without that call by COP president Abdullah bin Hamad Al-Attiyah of Qatar, many ministers will arrive next week without the authority to do anything on finance."I doubt the meeting will be successful without this," added Gore. 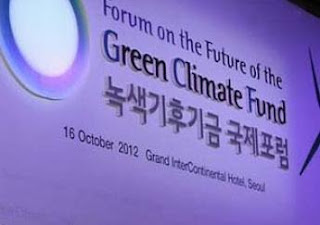 In 2009, at COP 15 in Copenhagen, "developing countries bought into the sales pitch" by industrialised countries that they would get financial help beginning in 2013 and ramping up to 100 billion dollars a year in new and additional funding by 2020, said Gore.

In exchange for getting this Green Climate Fund - officially adopted at the following COP, in Cancún - they signed on to the Copenhagen Accord, a U.S.-backed voluntary emission reduction agreement.

This was a big compromise. Not only did developing countries want a legally binding agreement, they wanted larger emission reduction commitments from industrialised nations and they wanted a lot more money to help them cope with the impacts of climate change, said Gore.

To bridge the gap between 2010 and 2012, developed countries also agreed to a "Fast Start Finance" programme of 30 billion dollars.

But not all of that promised money has been delivered, and most of it was in the form of loans, not grants. Moreover, much of the money was not new or additional, but came out of development aid, said Nithika Mwenda of the Pan African Climate Justice Alliance.

Tracking a country's actual contribution to Fast Start Finance and where the money has come from is extremely complex, Mwenda said in a press conference.

The Green Climate Fund must have clear reporting and verification measures along with a forum to independently oversee this, he said.

Should the promised billions for the Fund materialise, this might simply be more bad news for the world's indigenous peoples if the money goes into massive tree plantations or mega-dams that end up displacing local communities, said Victoria Tauli-Corpuz, an indigenous representative from the Philippines.

"We will be in big trouble if the money goes into the wrong projects," Tauli-Corpuz told Tierramérica.

The Green Climate Fund is creating environmental and social safeguards intended to prevent this. However, the involvement of indigenous peoples and civil society is limited. 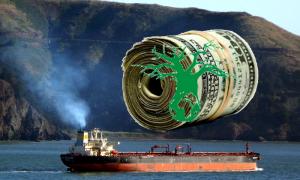 The Fund is run by a board of 24 representatives, 12 each from industrialised and developing nations. There are four observers, two for civil society and two for private industry. Observers cannot vote and are often not allowed inside the room where the board meets, said Mrinal Kanti, a Tripura indigenous person from Bangladesh who has attended meetings as an observer.

"We don't even get documents in advance. That makes it very difficult for us to participate," Kanti said at a COP 18 side event. "Many board members are unaware of indigenous issues."

Strong safeguards will also need to be combined with monitoring and verification and a "grievance" mechanism accessible to local people should a Green Climate Fund-financed project be having a negative impact, said Nira Amerasinghe of the Centre for International Environmental Law.

There is also a major issue around the Fund's governance. Industrialised countries want the board to run it, while developing countries think it should be under the UNFCCC, which gives every country an equal vote, said Tauli-Corpuz.

"What is happening at this COP is that rich countries are withholding pledges to fund the Green Climate Fund to see what concessions they can get from developing countries," she said.

"The biggest fight at most of these COPs is over money," she added.

Costa Rica takes a different view. "We're not waiting. Acting to reduce our emissions has been very good for our economy," said Monica Araya, a member of the Costa Rican negotiating team.

Since 1997 Costa Rica has been working towards the goal of becoming carbon-neutral by 2021.

This small Central American country is sometimes criticised by other developing countries for taking ambitious steps outside of the UNFCCC process.

"It is can be frustrating here," Araya said in a press briefing.

"There is no question rich countries should do more. But we have to find more countries willing to compromise and put their national interests aside," she said.

"It is not well recognised, but developing countries have made unprecedented efforts to reduce emissions in 2012. We can do far more, especially middle-income countries, if we work together," she maintained.

Posted by Rajan Alexander at 1:57 PM