Qatar wants to scrap the work done so far and get a set of key ministers to draft new negotiating texts, according to media reports. 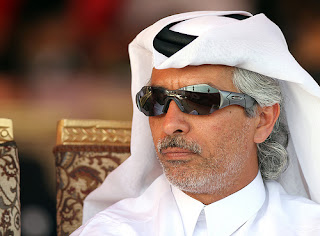 (Times of India) Host Qatar plans to start a ministerial-level closed door meeting at the ongoing UN climate negotiations but outside the formal schedule, which could potentially short circuit and make redundant the negotiator-level talks that started on November 26.

The move has got several developing countries, who have been informed of the plan, agitated.While a pre-schedule meeting of the 190 plus ministers is slated for December 5, sources in the developing countries told TOI that the host plans to hold a meeting of ministers even before the date. This has evoked distrust and bad blood among gathered nations that have been characteristic of UN climate talks.

The normal process at such two-week-long annual UN negotiations starts with officials and negotiators from the gathered countries trying to hammer out as much consensus as they can and leave the remaining political decisions to the ministers to draw a conclusion. The final decisions of UN meetings are adopted only when there is a complete consensus among all gathered countries.

But, sources told TOI that Qatar wants to scrap the work done so far and get a set of key ministers to draft new negotiating texts. One key developing country negotiator, who spoke to TOI on condition of anonymity, expressed fears that this would bring to naught all the effort put in so far, and put several smaller countries out of the frame from decision making.

When host Denmark did the same at the UN climate meeting in Copenhagen in 2009, it led to an acrimonious end to the talks with the gathered countries failing to approve the decisions taken behind closed doors first by a select group of less than 30 countries and later the BASIC four along with the US. Denmark faced severe flak for the move.

In Durban too last year, host South Africa began a ministerial round table outside the official process producing new negotiating texts out of the blue leading to clashes between rich and developing world, and a marathon meeting was held much beyond the scheduled closure.

The talks here are embroiled in bitter arguments over how to keep key issues of finance, equity, global peaking years and concerns alive even as the existing two tracks — the LCA and Kyoto Protocol — draw to a close this year. The US is keen that no unresolved issue from 2007 till date be taken into the negotiations on the new global treaty currently under negotiation. The US is joined by other developed countries, while a few others want only issues of their interest to be on the agenda for the post-2020 regime.