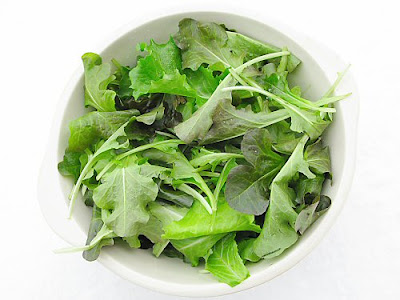 (http://rogerpielkejr.blogspot.in) The dirty secret of climate policy is that it works against the interests of poor people around the world who want to become rich like you and me. I have discussed how this works in terms of the definitions that we use in international assessments -- One way to create scenarios which have both carbon dioxide stabilized at 450 ppm and a dramatic expansion of energy access around the world is to define "energy access" at a very low level -- such as 2% of the amount that Americans consume in their households every year.

In this manner, international officials can make statements like the following:

Bringing electricity to everyone by 2030 would require electricity generation in 2030 to be only 3% higher than generation in our Reference Scenario . . . the increase in energy-related global CO2 emissions would be a mere 0.9% by 2030.

Such claims sounds great -- energy for everyone, hardly any more carbon dioxide emissions. Of course, behind the numbers lies the ugly reality of poor people staying mostly poor and with very little energy access, at least not of the kind that we have available.

The doublespeak is bad enough, but as Todd Moss of the Center for Global Development explains in a very hard-hitting post, such language and thinking gets translated into actual policies:

Imagine the United States sending low-calorie food aid to Ethiopia in response to the global obesity epidemic. Absurd, right? Even if global waistline trends are worrisome, Ethiopians didn't create the problem. Such a policy would be futile since it would have no noticeable impact on the global aggregate.

Worse, while obesity may be a very real concern, Ethiopians are understandably more focused on undernourishment. The United States should aim instead to increase caloric intake in that part of the world. To punish those we should be helping when we can't even tackle the obesity problem at home makes the policy not only misguided, but also morally dubious. 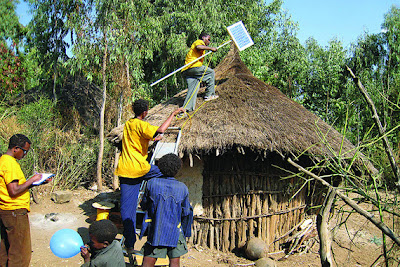 Sadly, that is pretty much what the United States does on energy. In response to rising global carbon dioxide emissions, the U.S. government put restrictions on the Overseas Private Investment Corporation, a federal agency that is a principal tool for promoting investment in poor countries. A recent rule, added in response to a lawsuit brought by Friends of the Earth and Greenpeace, imposes blind caps on the total CO2 emissions in OPIC's portfolio, which ends up barring the agency from nearly all non-renewable electricity projects.

Even if global carbon emissions are worrisome, it seems misplaced to ask people in poor countries to bear the costs of a problem they didn't create. Ethiopians emit less than 1 percent of what Americans emit on a per capita basis, and Americans still get most of their electricity from non-renewable coal and natural gas. The scale of energy poverty is such that sizable populations will still require old-school grid power.

OPIC's carbon cap is also largely pointless since it could have no conceivable impact on global emissions. While climate change is a very real concern, Africans are understandably more focused on the problem that seven in ten people living on the continent have no electricity at all. Because energy poverty is harmful to health, education, and prosperity, the United States should aim to increase access to electricity in Africa. To punish those we should be helping when we can't even implement a carbon cap at home makes the policy not only misguided, but also morally dubious.

Moss proposes lifting the OPIC carbon cap for the poorest countries, explaining that we in the US have no such cap yet we are refusing to extend the same level of energy access that we enjoy to poor countries as a means of keeping their energy sources from emitting carbon dioxide. "Morally dubious" seems a generous term.

We have decided -- not explicitly -- that we value carbon emissions more than energy access. Such choices are made all the time in democracies, but this one is made largely out of sight. The frustrating irony of course is that if we were to truly take on the challenge of global energy access, it might provide one way to stimulate much more progress on energy innovation and move us beyond the dead end that is current climate policy, which is not reducing emissions yet keeping poor people poor.

An explicit debate over energy access consequences of climate policy is one worth having. It would reveal the true scale of the global energy challenge (more on that soon), but also would bring out into the open the ugly, morally dubious reality that the policies we have chosen for dealing with carbon dioxide come at the expense of poor people around the world.

Posted by Rajan Alexander at 6:51 PM