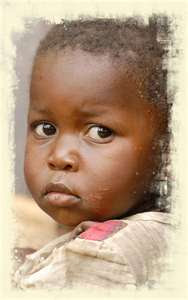 (Dr Kelvin Kemm in SPPI) The latest world environment and climate change conference (COP-18) is taking place in Doha, Qatar. One of the prime issues under discussion is the attempt to force countries all over the world to adopt binding agreements to limit “carbon emissions.”

The term “carbon emissions” really refers to emissions of carbon dioxide gas – but “carbon” and “carbon dioxide” are two totally different things. Carbon is a solid (think coal and charcoal) and the central building block of hydrocarbons, whereas carbon dioxide is the gas that all humans and animals exhale and all plants require to grow. Without carbon dioxide, all life on Earth would cease.

It is thus not just silly to talk of “carbon emissions.” It is also simplistic and grossly inaccurate – except when referring to carbon particulate matter released during the combustions of wood, dung, hydrocarbons and other carbon-based materials. Saying “carbon emissions” also reflects the appalling lack of scientific knowledge so prevalent today. But never mind.

The real issue is that some people insist that increasing atmospheric carbon dioxide concentrations is leading to an increased greenhouse effect, which in turn is leading to dangerous global warming.

Henrik Svensmark and other scientists have shown that global temperature is much more accurately correlated to observed sunspot activity. Sunspots reflect solar activity, specifically the sun’s magnetic field, that affects the quantity of cosmic rays entering Earth’s atmosphere from outer space. That in turn is linked to the proposition that particles in the cosmic rays cause clouds to form, and varying cloud cover on earth has a great influence on global temperatures. 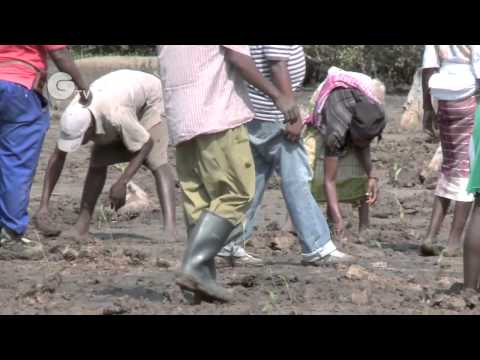 Thus the CO2 argument for global warming is very much in doubt – whereas there is a very viable, and more plausible, alternative.

However, CO2 is largely produced by automobiles and electricity generating power stations, which burn the fossil fuels so loathed by Deep Ecology environmentalists. That makes these energy, transportation and economic development sources the target of “carbon emission” reduction schemes.

I was a delegate at COP-17 in Durban, South Africa in 2011. As a scientist and resident of Africa, I walked around the Africa pavilion, discussing these issues and gauging the opinions of many people from African countries. To put it bluntly, the African representatives were not happy.

Their general feeling was that the First World is trying to push Africa around, bully African countries into accepting its opinions and, even worse, adopting its supposed “solutions.”

The “solutions” include moving away from fossil fuels and implementing supposed alternatives like wind, solar and biofuel power. Africans were unhappy about this. They still are. They can intuitively see that large scale wind or solar power is not practical – and biofuels mean devoting scarce cropland, water and fertilizer to growing energy crops, instead of using the crops for food. What Africa needs now is abundant, reliable, affordable electricity and transportation fuel, which means producing more of the Earth’s still abundant oil, coal and natural gas.

It is all well and good if highly variable, expensive wind power makes up ten percent or less of an already industrialized nation’s enormous electricity supply. If it varies significantly, or fails entirely, even on the hottest and coldest days (as it is prone to do), the loss of ten percent is not a disaster.

But First World countries have been telling poor African countries to base their futures on wind power as major portions of their national supplies.

What this implies is that, if the wind power fails, whole sections of a country can grind to a halt. “Oh, no problem,” say climate campaigners. “Just install a smart grid and longer transmission lines, so that when wind is blowing somewhere in the country the smart grid will do all the fancy switching, to make sure electricity flows to critical functions.” In theory, maybe.

But meanwhile, in the real world, in August 2012, industrialized Germany’s wind power was under-performing to such a degree that the country decided it must open a new 2,200-megawatt coal-fired power station near Cologne – and announced the immediate construction of 23 more!

Moreover, installing a smart grid assumes that the country concerned wants to develop a major complex national grid – and has the money to do so – or has one already. Bad assumption.

Africa is huge. In fact, Africa is larger than China, the United States, Europe and India added together. So it’s a mistake to assume African countries will want to implement major national grids, following European historical examples – or will be able to, or will have the vast financial and technical resources to do so, or will have the highway or rail capability to transport all the necessary components to construct thousands of miles of transmission lines.

Even in the USA, the electricity system in the state of Texas is not connected to the rest of the country, and the issue of building thousands of miles of new transmission lines and smart grids is generating controversy and serious funding questions.

In South Africa we already run major power lines, for example from Pretoria to Cape Town, which is the same distance as Rome to London. We need to ask:

Is it wise to keep doing this, or should smaller independent grids be developed as well? If compulsory carbon emissions come into force, will this limit African economic growth and African electricity and transportation expansion?

Should Africans be told to “stay in harmony with the land” – and thus remain impoverished and wracked by disease and premature death – by continuing to live in an underdeveloped state, because a dominant First World bloc believes its climate alarmism is correct, suppresses alternative evidence, and is more than willing to impose its views on the poorest, most politically powerless countries?

The promised billions in climate change “mitigation” and “reparation” dollars have not materialised yet, and are unlikely to appear any time soon. Even worse, the energy, emission and economic growth restrictions embodied in the proposed climate agreements would prevent factories and businesses from blossoming, perpetuate poverty, limit household lighting and refrigeration, and impede human rights progress on our continent.

Africa should resist the psychological and “moral” (actually immoral) pressure being exerted on it to agree to binding limits on carbon dioxide emissions. Any such agreement would place African countries at the mercy of bullying First World countries, put them in a crippling emissions arm lock, and bring no health, environmental or other benefits to Africa.

Dr. Kelvin Kemm is a nuclear physicist and business strategy consultant in Pretoria, South Africa. He is a member of the International Board of Advisors of the Committee For A Constructive Tomorrow (CFACT), based in Washington, DC (www.CFACT.org) and received the prestigious Lifetime Achievers Award of the National Science and Technology Forum of South Africa.

Posted by Rajan Alexander at 5:56 PM