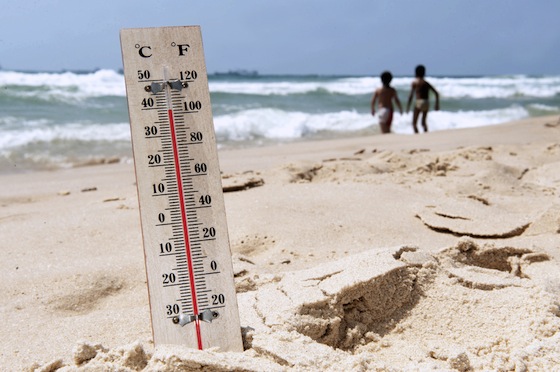 (Climate Realists) The UN Climate Conference in Doha was living up to expectations.  No agreement.  Indeed it’s a very strange conference.  The European parliament decided, for the first time, not to send any official delegation, since even the most passionate environmentalists amongst MEPs expected very little out of Doha.  And reportedly the IPCC itself was not invited.  Dr. Ravendra Pachauri, the IPCC Chairman who has made such a good living out of the climate scam, seemed a little rueful to have no invitation.

Approaching the scheduled close, there seemed to be no prospect of a deal.  Then, as usual, at the last moment, a rabbit prepared to jump out of the hat.  There was a move to get Western nations to commit to “compensation” for the “damage” which climate change might do to poor countries — especially to small island nations like the Maldives, who are past-masters at playing the post-colonial guilt card to squeeze funding out of richer countries.

This is potentially a disaster — a blank cheque payable to half the world against alleged damage that can neither be measured or properly defined, nor reliably attributed to human activity.  The Americans — are they the only sane people who attend these events? — are rightly resisting this tooth-and-nail, while the EU (speaking for Britain — look at the global clout that EU membership gives us) seems ready to capitulate.  No surprise there, then.

The alleged “damage” to poor countries is usually set out in terms of sea level rise.  After all, aren’t oceanic islands — and Bangladesh — sinking beneath the waves as man-made climate change drives sea levels higher?  No, actually, they’re not.

Let’s do a quick retrospective.  Sea level has risen hundreds of feet — yes, hundreds of feet — in the last twelve thousand years.  That represents the massive ice-melt that took place at the beginning of the current Interglacial.  This was the event that created the English Channel, and cut the UK off from France — with far-reaching geo-political consequences that are still being played out.  But the early sea level rise was very rapid, and has been slowing ever since.  Yes, sea level rise continues, but now at a rate somewhere between trivial and zero.

There are of course many oceanic islands which are generally only a few feet above sea level.  It would have been remarkable if 12,000 years ago all these islands had been exactly the same height, and just high enough so that after massive seal level rises, they would all be just six feet above sea level in 2012.  What a coincidence!  Of course it didn’t happen like that.  As Charles Darwin worked out in the 19th century  coral builds up as sea level rises, so that coral atolls are always just a little above sea level.  Moreover they managed to cope with very rapid sea level rise 12,000 years ago, so they can certainly cope with today’s very slow rise.

The government of the Maldives can do all the stunts and under-water cabinet meetings it wants , but its proposition is a nonsense designed with one aim in mind — to extort money from the West before the climate scam is blown out of the water.

But hang on, you cry.  Aren’t rising sea levels drowning Bangladesh?  No.  I wrote about this last year. Bangladesh sits on the Eastern rim of the Indian tectonic plate, which is slowly subducting beneath the Burma plate.  So Bangladesh is dropping.  Clearly the relative sea level in Bangladesh is therefore rising, but it’s all about plate tectonics, not climate change.

The deal under discussion in Doha as I write proposes increasing the already eye-watering emissions reductions targets to which the EU, and the UK, are committed.  Jeremy Nicholson of the Energy Intensive Users’ Group  says the deal could add £7.5 billion to energy bills by 2020.  Peter Lilley MP describes the plan as “self-flagellation”.

This pointless madness has to stop.

Posted by Rajan Alexander at 4:06 PM