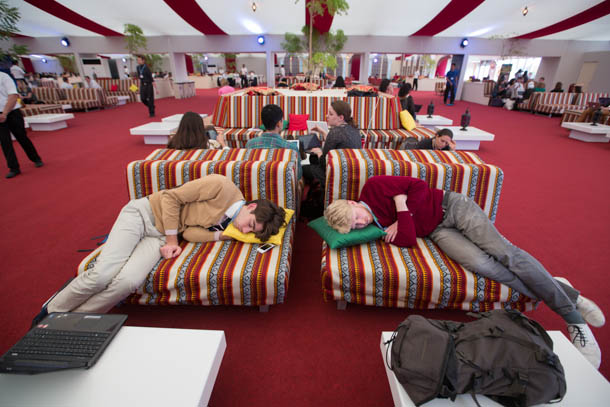 (Jonova) The Indians have gone home, The Chinese are being told off. Nobody else is very interested, except developing nations looking for a handout. The Australians already agreed to everything whatever it is. (Great negotiation ploy by our Labor Government that.)  The EU wants to do what it’s already doing.

Mike Haseler at the Scottish Climate and Energy Forum says it’s all over, bar the shouting. Kyoto ends on December 31, and there is no treaty to replace it, and there can be no ratified treaty by Jan 1.

“Contrary to what many green NGOs are saying, the Kyoto commitment to CO2 reduction will cease effect on the 31st December. This is because the treaty requires amendments to be ratified well before they come into effect (by 3rd October).

"The Kyoto Protocol ends on December 31st and the list of countries signing up for Commitment Period 2 (CP2) will not include Canada, Japan and New Zealand“. The USA has said there is no chance they will sign up. And Russia who said they won’t be signing up for Kyoto II a year ago, cynically made vague promises about a 25% emissions cut in June this year, but is backing away from that now.

Practically the only nation on Earth outside the EU and EFTA that wants in, is Australia. Joy.

But the shouting goes on

In the end the activist scientists, bureaucrats and Green NGO’s win even when there is no global agreement. As long as there is a two week mega-junket every year funded by the taxpayer, many of them and their friends enjoy a red carpet ride that few others will get.

The rent-seekers get staff, PR agencies, interviews, media-time and reward trips. For renewable investors and carbon traders, someone else pays for media releases that could ultimately boost their investments and pressure governments into continuing the subsidies that their profits depend upon.

The COPs should be stopped.

There is no reason to keep funding a conference that’s proven to be such a failure at making scientific advances or at representing the people who pay for it.

Posted by Rajan Alexander at 5:32 PM