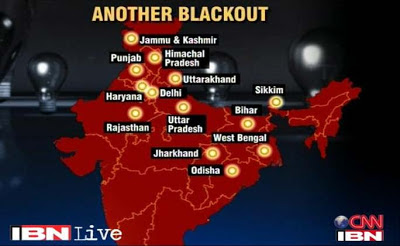 (ZeeNews) The ongoing extension of the electric grid to the remote islands of Sundarbans will not only adversely affect the viability of existing renewable energy projects, but will also accelerate the process of climate change, experts say.

according to a latest report by research body CUTS International. India's fossil fuel-driven energy sector is one of the biggest contributors (more than 50 per cent) to carbon emission, widely considered to be chiefly responsible for climate change worldwide. In West Bengal, 96 percent of electricity is generated through use of coal, officials say.

Under the Remote Village Electrification scheme by the Union Ministry of New and Renewable Energy, it is mandated to develop off-grid projects using renewable energy sources for remote villages in India.

However, with the demand for electricity expected to grow 10 to 20 fold between 2010 and 2020, the West Bengal government is extending grid-based electricity to about 1,076 villages in the Sundarbans.

Environmentalists warn that the soil in the wetlands of Sundarbans is soft and setting up of large and heavy transmission poles may increase erosion and even change the tidal patterns when installed in rivers and creeks, surrounding the fragile islands.

"The ecological footprint of this scheme will be massive with all these electric poles across the river,"

says Anshuman Das of Sabuj Sangha, an NGO that has been working in the Sundarbans for over 10 years. The State Action Plan on Climate Change admits that the electricity generation sector within the state will continue to be a large contributor to greenhouse gas emissions.

A report by the New Delhi-based research body Centre for Science and Environment (CSE) says the grid extension is also threatening to make the existing investments in various solar projects in large islands like Sagar island redundant.

says another report by CUTS International. Pointing out that West Bengal has good potential for solar photovoltaic-based electricity generation, it says the potential remains underutilised owing to the high initial investment and the poor quality of after sales service of solar equipment.

Posted by Rajan Alexander at 2:37 PM