COP18 The Banshee Wail Of The Green NGOs 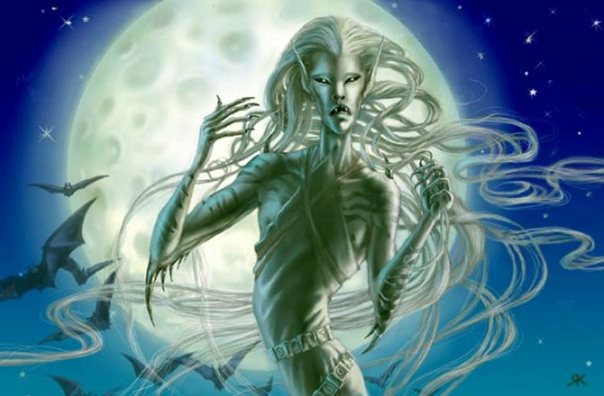 (Tory Aardvark) Legend has it that a Banshee is a fairy woman who starts to wail when someone is about die, the Banshee legend is found in many cultures from Gaelic to Norse and American folklore.

With COP18 due to finish tomorrow and no positive outcome for the warmists in sight, a coalition of Green NGOs including the usual suspects of Greenpeace, WWF, FoE and Oxfam have joined together to wail loudly about the lack of progress at COP18, when in reality their wailing is for the death of the Great Man Made Global Warming scam.

The Doha climate talks are sleepwalking towards disaster, a coalition of leading environmental and development NGOs has said.

ActionAid, Christian Aid, Friends of the Earth, Greenpeace, Oxfam and WWF, issued an emergency call to governments, rich and poor, to avoid an unacceptable outcome at the talks.

“Civil society will not be complicit in an outcome in Doha that will risk the lives of millions,” read a joint statement.

If civil society cared so much about the outcome of COP18 then there would have been demonstrations in capital cities demanding an agreement at Doha, the MSM would have been awash with COP18 stories, instead there has been a virtual news blackout on COP18 and almost total public indifference.

“Our definition of what is a successful outcome must not be defined by our political masters but by what 7 billion people want,” said Sano.

The group called for deeper emission cuts, greater support for poor nations and more leadership from both developed countries and said it would “name and shame” any nation that attempted to block progress during the final 36 hours of the UN climate talks.

The Green NGOs are still smarting from their irrelevance at COP18, with their interruptions limited to just 30 seconds they are having a hard time adjusting to the political reality of flogging a dead climate change horse.

Various countries are even now shaking in their proverbial boots, being named and shamed by Greenpeace, the only thing worse than that could be losing your country’s AAA credit rating.

Posted by Rajan Alexander at 8:30 AM