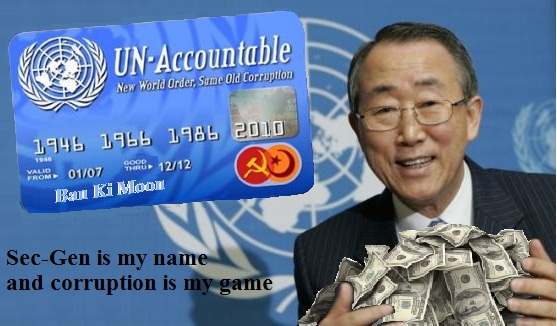 On November 9 this year you told the General Assembly:

“Extreme weather due to climate change is the new normal … Our challenge remains, clear and urgent: to reduce greenhouse gas emissions, to strengthen adaptation to … even larger climate shocks … and to reach a legally binding climate agreement by 2015 … This should be one of the main lessons of Hurricane Sandy.”

On November 13 you said at Yale:

“The science is clear; we should waste no more time on that debate.”

The following day, in Al Gore’s “Dirty Weather” Webcast, you spoke of

“more severe storms, harsher droughts, greater floods”, concluding: “Two weeks ago, Hurricane Sandy struck the eastern seaboard of the United States. A nation saw the reality of climate change. The recovery will cost tens of billions of dollars. The cost of inaction will be even higher. We must reduce our dependence on carbon emissions.”

We the undersigned, qualified in climate-related matters, wish to state that current scientific knowledge does not substantiate your assertions.

The U.K. Met Office recently released data showing that there has been no statistically significant global warming for almost 16 years. During this period, according to the U.S. National Oceanic and Atmospheric Administration (NOAA), carbon dioxide (CO2) concentrations rose by nearly 9% to now constitute 0.039% of the atmosphere. Global warming that has not occurred cannot have caused the extreme weather of the past few years. Whether, when and how atmospheric warming will resume is unknown. The science is unclear. Some scientists point out that near-term natural cooling, linked to variations in solar output, is also a distinct possibility.

The “even larger climate shocks” you have mentioned would be worse if the world cooled than if it warmed. Climate changes naturally all the time, sometimes dramatically. The hypothesis that our emissions of CO2 have caused, or will cause, dangerous warming is not supported by the evidence.

The incidence and severity of extreme weather has not increased. There is little evidence that dangerous weather-related events will occur more often in the future. The U.N.’s own Intergovernmental Panel on Climate Change says in its Special Report on Extreme Weather (2012) that there is “an absence of an attributable climate change signal” in trends in extreme weather losses to date. The funds currently dedicated to trying to stop extreme weather should therefore be diverted to strengthening our infrastructure so as to be able to withstand these inevitable, natural events, and to helping communities rebuild after natural catastrophes such as tropical storm Sandy.

There is no sound reason for the costly, restrictive public policy decisions proposed at the U.N. climate conference in Qatar. Rigorous analysis of unbiased observational data does not support the projections of future global warming predicted by computer models now proven to exaggerate warming and its effects.

The NOAA “State of the Climate in 2008” report asserted that 15 years or more without any statistically-significant warming would indicate a discrepancy between observation and prediction. Sixteen years without warming have therefore now proven that the models are wrong by their creators’ own criterion.

Based upon these considerations, we ask that you desist from exploiting the misery of the families of those who lost their lives or properties in tropical storm Sandy by making unsupportable claims that human influences caused that storm. They did not. We also ask that you acknowledge that policy actions by the U.N., or by the signatory nations to the UNFCCC, that aim to reduce CO2 emissions are unlikely to exercise any significant influence on future climate. Climate policies therefore need to focus on preparation for, and adaptation to, all dangerous climatic events however caused.

Posted by Rajan Alexander at 9:51 AM