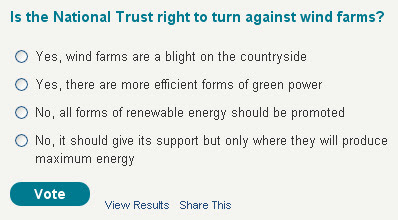 In every debate about energy, the phrase "keeping the lights on" keeps on cropping up. The UK's energy secretary Ed Davey took just three sentences to reach it in his recent statement on the government's energy bill, to be published later this week. The measures "will bring on the investment required to keep the lights on", he said.

Let's be clear: the lights aren't about to fail. There was never any real danger of that for a wealthy country willing to pay the right price in a global energy market.

In fact, what the new energy bill guarantees is that the lights will keep burning as brightly as ever. As has become the norm in UK energy policy, the bill virtually ignores efficiency measures. The UK is neither being encouraged to turn the lights off, nor to insulate its homes so it can turn the heating down, substantially cutting demand for electricity and resulting in savings for consumers.

To complicate matters, the business of tackling climate change has become rather difficult for many to swallow in an age of spiralling energy prices.

The reaction to Davey's "package of decisions" to encourage investment in Britain's energy infrastructure was a tale of two camps. It generally attracted positive reaction from experts, even if most bemoaned the absence of a decarbonisation target for 2030, an announcement of which has been postponed until after the next elections in 2015.

But the public reaction, led by the headline writers, was less than enthusiastic. "Bills will rise to pay for green power", said the Guardian newspaper. "Wind farms to increase energy bills by £178 a year", said the Daily Telegraph. The Daily Mail went further, with "Top Tory who earns thousands from green energy firms says it is 'reasonable' for bills to rise by £2-a-week to pay for wind farms".

Although the figures have been egregiously miscalculated by some, increasingly stretched British consumers of every political persuasion now know that they are expected to pay for green technologies – and pay upfront.

What's more, according to the result of a survey released in August, Britons' interest in climate change has declined markedly over the past five years. What has not declined is awareness that money is tight. So, mention climate change in the UK and people's eyes tend to glaze over. But mention a rise in energy bills and the eyes narrow and eyebrows furrow in anger. Mention that the rise is to pay for green measures, and you have the roots of revolution.

Davey's department announced a "clear, durable signal to investors", but headline writers saw something different amid popular resentment at energy costs, and they went for the jugular.

Let's be clear: there is plenty of scope for worthwhile investment in the UK as far as efficiency and green energy goes. As the Department of Energy and Climate Change's website puts it, "the UK has been blessed with a wealth of energy resources", including the best wind, tidal and wave resources in Europe. Back in 2010, Energy and Climate Change Secretary Chris Huhne said that one of the biggest British scandals is that despite the UK having superb renewable energy potential and the know-how to exploit it, we are one of the worst-performing countries when it comes to harnessing it.

Huhne promised the renewables industry "will come of age under this government". It's worth pointing out that he is no longer in post, but the figures in the energy bill seem to fulfil this promise, at least partially.

Until this week, the Treasury had severely limited the amount that energy companies could collect from consumers in order to make investments in low-carbon infrastructure. That amount is about to rise considerably, giving them a useful pot of money with which to work. "It's in the right ballpark now," Ed Matthews of Transform UK, which aims to raise investment in clean energy technologies, told New Scientist.

It is not yet clear how this extra money will be split between renewable technologies, emissions cleaning and new nuclear power stations. Jim Watson, director of the Sussex Energy Group at the University of Sussex in Brighton, UK, told New Scientist that his back of the envelope calculations point to enough for investment in a big renewables plant, one nuclear power station and a carbon capture and storage demo or two.

It's good news, then. But it hasn't played that way. You can know the science, you can even fight your way through the murderous economic arguments and come out with a workable plan. But British consumers, who see only the bottom line, are going to struggle to get on board.

Even if they wanted to do their bit for energy efficiency, there is little to motivate them. Most people now have no financial incentive to invest up front in making their homes more energy efficient, for instance, despite potential long-term savings.

Why? In January 2013, the government will introduce the Energy Company Obligation and the Green Deal. The ECO is aimed at "hard to treat" homes, district heating schemes and measures for low income and vulnerable households. That is laudable, but most people will be looking at the Green Deal, which grants loans for improving the energy efficiency of the home through measures such as cavity wall and loft insulation (a full quarter of Britain's carbon emissions are from housing stock). However, Green Deal loans will operate at commercial interest rates, and the negligible advance take-up at a time of broad distaste for borrowing is already embarrassing the government.

Experts agree that investing in power-generating infrastructure is necessary, but say reducing energy consumption is also key to "keeping the lights on". They also agree that the latter is not as hard as you might think, despite official reluctance to implement energy efficiency measures. US energy secretary Steven Chu once said this opportunity to curb consumption is "not just low-hanging fruit; it is fruit that is lying on the ground." It looks as if, in the UK at least, it may now stay there long enough to rot under the glare of lights that are always on.

Michael Brooks is a science writer and New Scientist consultant. His latest book is The Secret Anarchy of Science (Profile/Overlook)