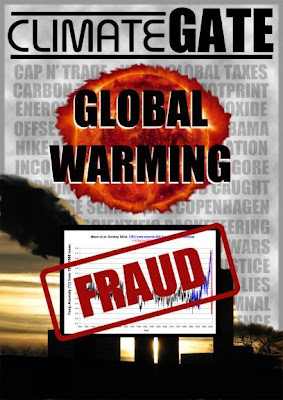 ClimateGate has completed its third anniversary today. . ClimateGate, whether you love it or hate it, has certainly changed the climate change discussion and made the science behind climate change much more visible to the general public.

Thousands of IPCC climate scientist e-mails from the U.K. University of East Anglia were published by computer hackers in November 2009. This was not the work of a computer-savvy teenager that liked to hack security systems for fun. Whoever the thief was, they knew what they were looking for. They knew how valuable the emails could be in the hands of the climate change denial movement.

Whoever the hacker, we climate sceptics owe him/her big. Thank you. Science has been changed forever by the so-called "climategate" saga, leading researchers have said ahead of publication of an inquiry into the affair – and mostly it has been changed for the better.

Investigations of the e-mails suggest that world-renowned climate scientists manipulated data and exaggerated findings to support the basic theory that manmade greenhouse gases are the cause of global warming. The emails showed them fudging data, conspiring to bully and silence opponents, and displaying far less certainty about the reliability of anthropogenic global warming theory in private than they ever admit in public.

The veteran Oxford science philosopher Jerome Ravetz says the role of the blogosphere in revealing the important issues buried in the emails means it will assume an increasing role in scientific discourse.


"The radical implications of the blogosphere need to be better understood."

Mike Hulme, professor of climate change at the University of East Anglia, told The Guardian.


''The release of the emails was a turning point. The community has been brought up short by the row over their science. Already there is a new tone. Researchers are more upfront, open and explicit about their uncertainties.''

Posted by Rajan Alexander at 9:59 PM