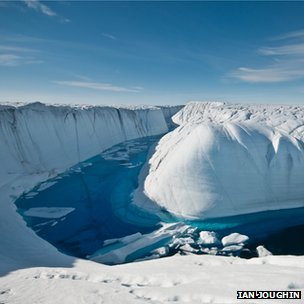 Melting of polar ice sheets has added 11mm to global sea levels over the past two decades, according to the most definitive assessment so far.

More than 20 polar research teams have combined forces to produce estimates of the state of the ice in Greenland and Antarctica in a paper in Science.

Until now different measurement means have produced a wide range of estimates with large uncertainties.

But sea-level rise is now among the most pressing questions of our time.

Polar ice has a tremendous capacity to cause massive rises - with huge potential impacts on coastal cities and communities around the world.

But the remoteness and sheer size of the ice sheets mean accurate measurements are a serious challenge even for satellites which have to distinguish snow from ice, and the rise of the land from the shrinking of the ice.